Jireh S. Billings, Jr. of Woodstock has been appointed by the Vermont Republican Party, as finance chair for the state party, effective immediately.

Paul Dame, chair of the Vermont Republican Party, made the announcement as part of the continued reorganization of the State Party’s Executive Committee. 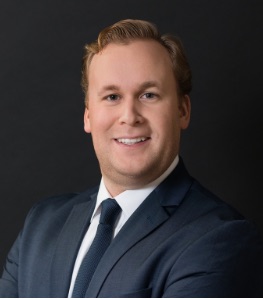 “During my election as chair I welcomed younger Vermonters to join me and the Republican Party here in Vermont to help us build a future that works. Since then many have reached out to me to see where they can be a part of the change they want to see in our state.

Some will be getting involved as new candidates you will meet in May, and some are getting within the party structure. I am really excited to bring on Jireh Billings as our new finance chair to help me raise the support needed to help Vermont Republicans take advantage of the momentum that Republicans around the country are feeling for the midterm elections. In addition to being a part of a family business with a long tradition in Windsor County, Jireh is also a fellow UVM Alumni who will bring important fundraising experience to our growing organization.

Billings, 33, a native Vermonter with relations throughout the state, both through family and business, is eager to make an immediate impression.

“The time couldn’t be more important for a new generation of younger conservatives to make an impact. The Vermont state party is embedded in locally focused issues, and thus does not need to play in the national partisan landscape between political bases. Issues important to Vermonters should be the sole focus for our candidates and party as a whole,” Billings commented.

“I am proud to continue a legacy of Billings Republicans in our state, rooted in managed government, sustainable economic policies, and making our communities a safe, healthy, and more educated place to live and raise families. These were all values that I was raised with, and I believe are key to the success of our beautiful state. I am looking forward to being a part of the team being put together to achieve the party’s goals for 2022 and beyond,” he continued.

A 2012 graduate of the University of Vermont, Billings continues to devote time to the University’s Foundation, as a board member since 2019. Professionally, Billings works for ANC-Learfield, a national media rights and technology business.