A lawsuit was filed in Rockingham County Court challenging the constitutionality of New Hampshire’s executive branch accepting and spending federal aid without the oversight of the legislature as a whole. The governor’s motion to dismiss has been denied. The case will now go to trial. 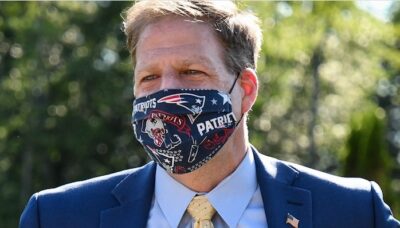 This is New Hampshire, so it remains to be seen whether that is a good thing. But the premise behind the lawsuit seems sound. Elected leaders accepted and spent tens of millions in federal grants without the authority to do so.

That acceding to federal requirements (strings) tied to accepting the money that the New Hampshire Legislature has not itself approved unconstitutionally surrenders the sovereignty of the people.

The State Legislature, in total, has not sanctioned either the purpose, the distribution, or the means of taxation that will pay for it, and no other body has such authority under the state Constitution.

And I would take it even further. Accepting money that does not exist taxes people not yet alive who don’t have any say in the matter. Tens of trillions have been promised by the Feds, well in excess of what currently exists to pay for things that may not even be when these future taxpayers earn the income taxed to pay both the interest and the debt itself.

I think I said it best here:

If it is disgusting, unethical, or even criminal for a church leader to spend money they ask for and receive voluntarily – on themselves instead of their supposed mission, how it is not exponentially worse than members of Congress (or their donors or supporters) are getting rich (or at least enriched) on the money “taken from people” who won’t be born for generations and can’t even vote to allow it or object in the first place?

These concerns are all tied together.

We allow politicians to shackle generations not born with financial burdens over which they have no say. And while Democrats are the biggest offenders, Republicans readily go along.

This Lawsuit touches on that. The legislature is the only body capable of accepting the term of surrender associated with Federal Money while also noting that there are inherent rights that the legislature cannot give away. But by taking and spending federal grants – money that doesn’t even exist – you are giving them away and consigning future residents to an unlawful tax burden.

I’m oversimplifying for the sake of brevity. You can read the complaint and ponder the ramifications of generational tax debt without allowing those so burned a voice, and I hope you do.

The folks pretending federal money is free know it is not, but unless we force them to recognize all the costs and assign a political price to such things, they’ll never stop doing it.