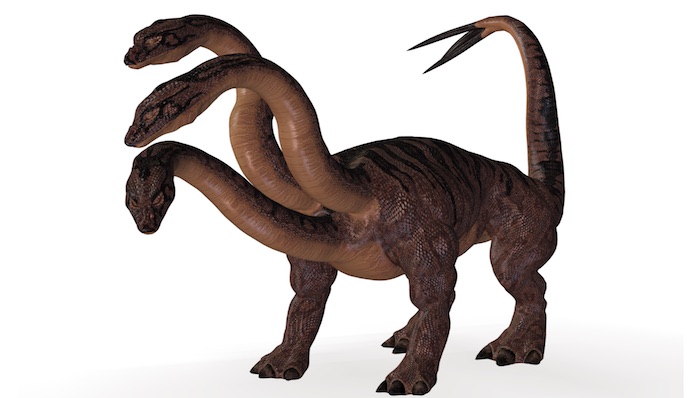 In Greek mythology, Hydra was a fearsome attacker of men and livestock, a gigantic water-snake-like monster with many heads, one of which was immortal. Anyone who attempted to behead the Hydra found that as soon as one head was cut off, two more heads would emerge from the fresh wound.

Vermont’s progressive policies have morphed into such a disastrous menu of lies and harms that they resemble the predecessor prog falsehood of eugenics. Vermonters must count the harms inflicted here and now.

In Greek mythology, Hydra was a fearsome attacker of men and livestock.

Vermonters are now familiar with this hydra of lies in progressivism, from which more lies leap when any one perjury is exposed. Consider the following list of lies that Vermonters have experienced.

Vermont is a white supremacist state, and always has been. This monstrous lie has been steadily hurled against Vermont for years, despite all factual evidence to the contrary. When Vermonters protest with statistics showing Vermont is the least racist state in the nation, new heads pop up with yet more lies — such that Vermont employed Jim Crow and sharecropper laws, that wealth disparity between blacks and whites here is caused by “systemic racism,” and that Vermonters wiped out the Abenaki Indians. None of these is true.

Critical Race “Theory” is applied in Vermont schools to young children. They are being taught that Vermont has not been the leader of abolitionism, but instead is particularly guilty for its whiteness, and they should feel bad about it. Children are separated by skin color into “safe spaces,” and white children compelled to apologize to BIPOC students for their skin sin of whiteness. Horrific racist poetry is taught as “loving”; students who complain are attacked (or even fired from jobs illegally). They are conditioned with “social emotional learning” to be anxious about race, to become actively “anti-racist,” and to attack others with little or no cause. It is verboten to fight the hydra — the Vermont School leadership and superintendents add more and more lies to deny they are doing what everyone knows they are doing, and instead blame the Vermont victims.

The progressives will help the poor. They are doing the opposite in Vermont, imposing taxes and fees that siphon money from low-income citizens to distribute to more wealthy citizens. Net-metering extracts $35,000,000 each year as additional electric costs for fixed-income retirees and welfare recipients, solely to fund solar panels for those able to afford them (without any income restrictions on either). EV cars and the Global Warming Solutions Act do the same, as will the “Clean Heat” standards that nearly passed this year. All of them take money from our poorest citizens (many who heat with electricity!) to reward the rich for buying fancy new gadgets. The Clean Heat bill will tax heating oil to fund heat pumps for the wealthy gentrifiers flocking to Vermont to build new homes. How regressive can a government get?

Progressive legislators seek to prohibit all school vouchers for non-public schools. They have not concealed their contempt for religious schools. But as always, they couch their effort to increase government domination (in the second most expensive school system in the nation!) as helping the poor. Becca Balint claims that school vouchers help rich people flee declining public schools, but income-sensitive vouchers (such as I and others have proposed for years) would not only solve this, they would actually help low income students escape the declining performance and increasingly dogmatic school systems they are left behind in.

One Care Vermont and other initiatives purporting to improve health care have not and will not. Instead they waste millions of Vermonters’ hard-earned dollars to create bureaucratic positions for progressive elites who cannot show any improvement in healthcare services even as they run over budget and under performance year after year. The solution? Add more lies and spend more of the poor people’s money. Insurance premiums for most Vermonters will spike 15% in January — how unprogressive.

State pensions are now bloated beyond the ability of the Vermont economy to bear. They are now more unsustainable than industrial agriculture, and on top of that have been horribly underfunded and mismanaged for two decades. Now state workers and teachers are left in a battle against taxpayers struggling to make ends meet as winter approaches.

The Hydra says exposing very young public school children to pornographic materials is the province of public libraries and schools, and that unenlightened parents had best step aside. Ditto for trans pronouns, and – horrifically – pre-pubescent gender conversion hormone therapy with experimental drugs behind parents’ backs. As this nasty experiment is being unveiled, new lying heads sprout.

This list is longer than exposed here, but the monstrous picture is clear – Vermont’s progressive Hydra has now sprouted a thousand heads of lies and filth for all to see.

8 thoughts on “John Klar: The many heads of Vermont’s progressive Hydra”