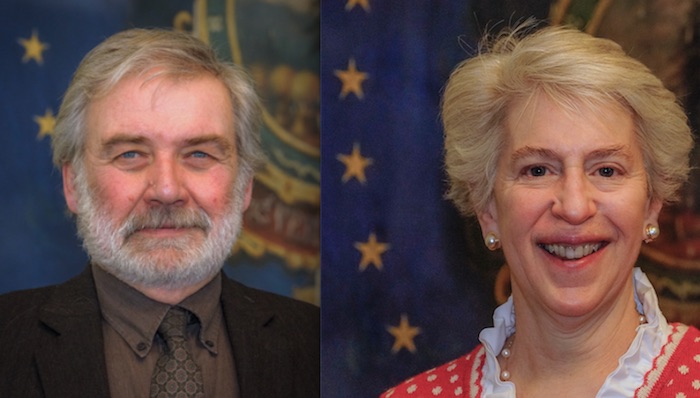 State Sen. Dick McCormack waged war on unvaccinated children during the COVID panic, throwing the Constitution out the window and comparing unvaccinated children to drunk drivers. Many scientifically-informed opinions oppose vaccinations for healthy minors, but McCormack pulled out all the stops to make schools hostile toward these families. He penned a public letter to the Agency of Education, and pushed a bill to eliminate the religious exemption for the experimental (and largely ineffective) COVID vaccine:

If religious parents did not want their children jabbed, “state Sen. John Campbell stated “only homeschool will be available to them.” (Of course, Vermont seeks to further restrict homeschooling as well).

This Orwellian doublespeak is found also in the Vermont Senate’s effort requiring that independent schools have “adequate safeguards to ensure that none of the tuition for which payment is requested has been or will be used to support religious instruction or worship or the propagation of religious views.” In the name of separating church and state, Vermont’s progressive ideologues are engaging in the exact government censorship prohibited by the anti-Establishment Clause.

The more Vermont progressives inflict their unauthorized, unscientific “theories” relating to identity politics on others’ children, the more obviously they are establishing a new pseudo-religion. To defend their novel cult, they seek to prohibit free-thinking families from departing, and engage in anti-religious infringements in the name of “protecting the Republic.”

A State’s antiestablishment interest does not justify enactments that exclude some members of the community from an otherwise generally available public benefit because of their religious exercise. … The Free Exercise Clause of the First Amendment protects against “indirect coercion or penalties on the free exercise of religion, not just outright prohibitions.” Lyng v. Northwest Indian Cemetery Protective Assn., 485 U. S. 439, 450 (1988). In particular, we have repeatedly held that a State violates the Free Exercise Clause when it excludes religious observers from otherwise available public benefits.

Vermont’s anti-religious leaders bristle that they must be compelled to abide by this basic constitutional guarantee: they have vowed to cancel all public support to all independent schools rather than allow religious schools to receive the fair treatment mandated by Carson. Even before they had heard the decision, they had vowed to defy the highest court in the land:

Senator Alison Clarkson, who is currently the Democrats’ Senate majority leader, and in a strong position to influence her caucus, said flat out, “I know we will have a battle royal if the Supreme Court decision comes down and says public money will be able to go to parochial schools and to religious institutions, and I think that will call the question on public dollars going to private independent schools. It is already a challenging subject for many legislators.” ….It’s no secret that many legislators in the majority party are openly hostile to Vermont’s independent schools and are resentful of the fact that many do a better job of educating children for less money than their public school counterparts.

In the last two years, thousands of Vermont parents have become aware of this onslaught against their children. As John McClaughry aptly summarizes:

One wonders how many Vermont parents believe that their public schools offer their children a quality product, especially when their unionized teachers are, by last year’s resolution of their national union, committed to teaching “that a person is defined above all else by race, gender and sexual orientation, and that American institutions are designed to ensure white supremacy and ‘the patriarchy.’”

Progressives seek to collect taxes from Vermonters to support this Constitution-hating, government-established cult in public schools, while undermining efforts to shield children from its harmful host of horrors. This is as unsustainable as the similarly failed state pensions system, now bloated beyond salvage and left for the taxpayers to fix.

4 thoughts on “John Klar: The many enemies of school choice, parental rights in Vermont”