Children and adults in schools and childcare facilities would not be able to use religion to avoid vaccination requirements under a new bill being considered in the State House. Here in the White River Valley, both clergy and legislators say they support the measure. 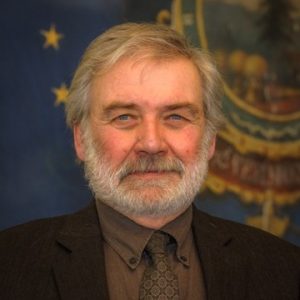 The law currently allows for a parent or guardian to provide a signed statement to the school or childcare facility that states their religious beliefs are opposed to vaccination. That statement allows for an exception to be made to the rules requiring children to be inoculated against an array of diseases.

If this bill is passed, individuals could still be exempt from vaccination requirements if a health-care practitioner certifies that a specific vaccine would be detrimental to that person’s health.

The bill, according to McCormack, is a public health matter “that doesn’t change with the motives of the person creating the threat to public health.”

“Freedom of religion is not a freedom to violate other people’s rights,” McCormack said.

At least some local leaders of Christian congregations agree with McCormack and have said they support the bill as well.

Pastor Tom Harty of the United Church of Bethel, said the virus is something that affects everyone, and public health should be the top consideration.

“There is and should be no such thing as a religious exemption for something that affects all of us and public health, health in general. Because it goes all against the precepts of what religions are,” Harty said.

Reverend Mark Pitton of the Sharon Congregational Church said a religious exemption can actually end up weakening religion on the whole.

“It’s using religion, anybody’s religion, for their own personal needs and desires. And that just weakens the idea of religion and faith,” he said, adding he believes that a provision for due process should be included in the bill.

“I would hope that the bill would have some mechanism, some ability to go before a judge and plead a case,” he said. “But as a general rule or general removal of this idea of religious exemptions for vaccination, yeah, I would be for that.”

The lead sponsor of the bill is Bennington District Senator Brian Campion, along with co-sponsors Sen. Richard Sears and Sen. Michael Sirotkin of Bennington and Chittenden districts respectively.

Currently, the bill is in the Health and Welfare Senate Committee after a first reading in the Senate.

Images courtesy of U.S. Secretary of Defense and state of Vermont