The VTGOP hosted a forum this week to let Republican candidates focus on the economy, an important topic this election cycle that has been largely ignored by mainstream news outlets.

“If voters are concerned about the economy, we want to make sure that we are addressing their concerns. And if our candidates aren’t able to get their ideas out into other forums, we’re going to create a forum for them,” Vermont GOP Chair Paul Dame said to begin the forum Monday evening.

On Thursday, Dame published a video on YouTube blasting local media for asking puzzling debate questions aimed at dividing candidates and voters rather than focusing on issues people care about.

“If you want to hear answers to many of the more divisive questions you can sure check out some of those previous debates,” he said at Monday’s forum. “But tonight we are going to focus on policies that Republicans here in Vermont are advocating to help strengthen our economy.” 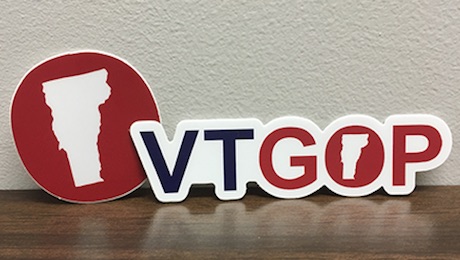 THE ECONOMY FIRST – A GOP-specific forum on Monday was intended to focus on economic issues and other questions more in line with what the voters want to hear about.

“I think President Trump was very successful in breaking through a number of barriers to make sure that America was represented well,” he said. “Oftentimes he would threaten tariffs as he did, and he would add tariffs to Mexico or China. One of the things that I think we need to work on is that America is represented first.”

Mermel added that he thinks the technology sector may present an opportunity for Vermont.

“I’m encouraged by the semiconductor act that just passed. As you know, I’ve been fighting to have a $2 billion to $8 billion microchip fabrication plant brought here to the State of Vermont,” he said.

He noted that Albany, NY, just across Vermont’s border, continues to see such investments.

“That could produce literally thousands of jobs and that would take a senator who’s willing to fight for his or her state,” he said.

During his turn to speak, Malloy talked about energy independence.

Malloy said the main themes of his campaign are “abiding by the Constitution, promoting economic prosperity, and ensuring defense security and order.”

He added that he thought the United States should withhold trade from certain nations.

The candidates were asked what is the primary obstacle to affordable home ownership in Vermont. 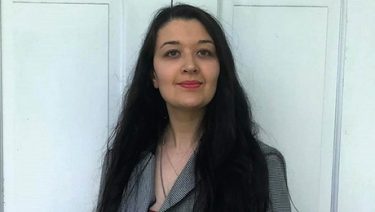 “I think this is a two-fold issue, one is the federal and one is the state, and I’m going to focus on Vermont right now,” she said. “And that is that the cost of land in Vermont is higher than the national average, it’s between $2,000 to $15,000 just to get started in the building process, and that doesn’t even count what you are going to have to pay with Act 250.”

“It almost feels like the State of Vermont doesn’t want new housing,” she added.

She commented on other ways that this is impacting the overall economy.

At her turn to speak, Redic argued that overregulation is a major culprit in discouraging home ownership.

“Number one, we would need to repeal Act 250 or at least severely reform it to make it so if I want to build a 13-unit apartment building, I’m not spending hundreds of thousands of dollars in permits and fees before I’ve had an architectural drawing or before I’ve had a shovel put in the ground,” she said.

Redic added that when businesses don’t come to Vermont, that means they are going elsewhere and taking their economic benefits with them.

“We have come to terms with the fact that one of the big things we are dealing with is also market forces,” she said “So Act 250 is preventing us from being able to build new housing, or it’s making it cost prohibitive, which makes investors want to go to places like North Carolina or Tennessee to Texas where they are seeing a boom in population.”

The GOP Candidates for Lieutenant Governor

The two GOP candidates for lieutenant governor who participated in the forum were Greg Thayer of Rutland and Sen. Joe Benning of Lyndonville.

Each candidate was asked what’s being done right with regard to other states’ economic policies.

Benning went first and looked to the policies of neighboring New Hampshire.

“Well I would start by looking 18 miles across the river from where I live to New Hampshire,” he said. “The idea of getting rid of the sales tax would be an ideal way to compete with that neighbor on our border

“I used to be able to say that if you traveled the length of Main Street in St. Johnsbury you find at least 13 empty storefronts. If you went to Littleton, New Hampshire, which is right across the river, you would not be finding any empty storefronts.”

Benning noted that some of the recent public housing investments have had poor returns for the amount that goes into refurbishing them.

Thayer said Vermont must copy states that focus on cutting regulations and taxes.

“We need to follow states like Florida and New Hampshire, like Senator Benning just cited, South Carolina and Texas, and stop these regulations,” he said. “Stop handcuffing our people. That’s one of the biggest problems seen in Vermont.”

Thayer continued on about the value of having some regulations, but not so many that it impedes projects.

“I’m not saying we have to do away with all regulations, because we do need to keep the people safe, I get that. But it’s overburdensome.”

Watch the full debate in the video above.