Today, the Vermont Department of Labor released data on the Vermont economy for the time period covering April 2020. According to household data, the seasonally-adjusted statewide unemployment rate for April was 15.6 percent. This reflects an increase of twelve and five-tenths percentage points from the prior month’s estimate of 3.1 percent.

“As anticipated, the monthly numbers show the tremendous economic impact of COVID-19. We are seeing an unprecedented level of economic disruption in our state, nation, and around the world. As Vermont begins to re-open, the Department is actively promoting job openings across the state. To learn about current opportunities in your area, visit the Department’s website at labor.vermont.gov” – Michael Harrington, Interim Labor Commissioner

The April unemployment rates for Vermont’s 17 labor market areas ranged from 13.1 percent in White River Junction to 24.1 percent in Derby and Morristown-Waterbury (note: local labor market area unemployment rates are not seasonally-adjusted). For comparison, the April unadjusted unemployment rate for Vermont was 16.8 percent, which was an increase of thirteen and four-tenths percentage points from the revised unadjusted March level and an increase of fourteen and three-tenths percentage points from a year ago.

The preliminary ‘not-seasonally-adjusted’ jobs estimates for April show a decrease of 64,100 jobs when compared to the revised March numbers. There was a decrease of 1,200 jobs between the preliminary and the revised March estimates due to the inclusion of more data. The monthly decrease seen in the April numbers was primarily attributable to COVID-19 related business layoffs. The broader economic picture can be seen by focusing on the over-the-year changes in this data series. As detailed in the preliminary ‘not-seasonally-adjusted’ April data, Total Private industries have decreased by 65,800 jobs (-25.7 percent) and Government (including public education) employment has decreased by 2,100 jobs (-3.6 percent) in the past year.

The seasonally-adjusted data for April reports a decrease of 60,700 jobs from the revised March data. As with the ‘not-seasonally-adjusted’ data, this over-the-month change is from the revised March numbers which experienced a decrease of 1,700 jobs from the preliminary estimates. No sectors reported an over the month increase from the final March data. Some sectors with a notable decrease in April include: Accommodation & Food Services (-18,400 jobs or -61.3%), Retail Trade (-9,000 jobs or -25.4%), and Construction (-6,800 jobs or -46.3%). 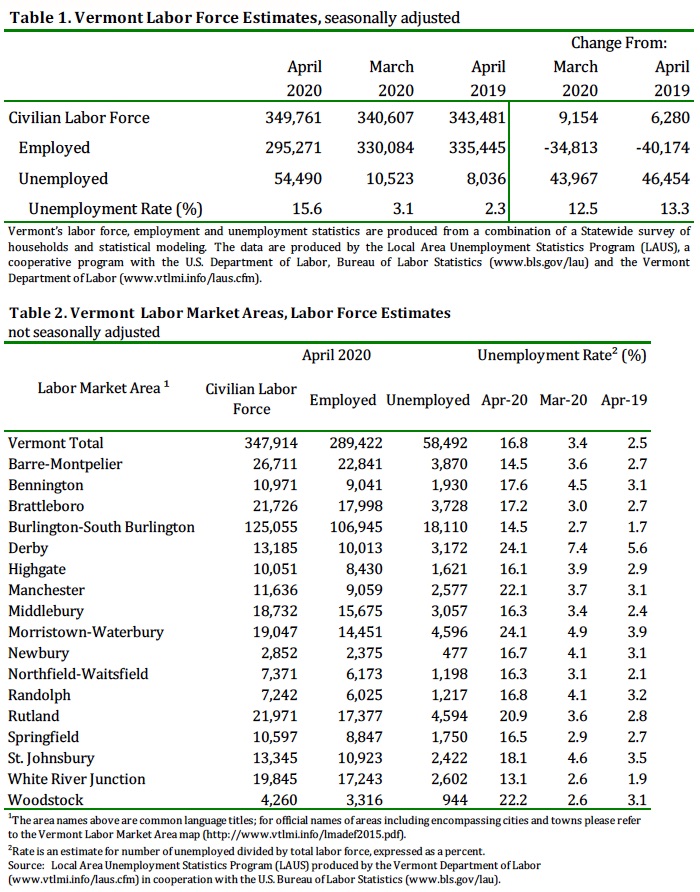 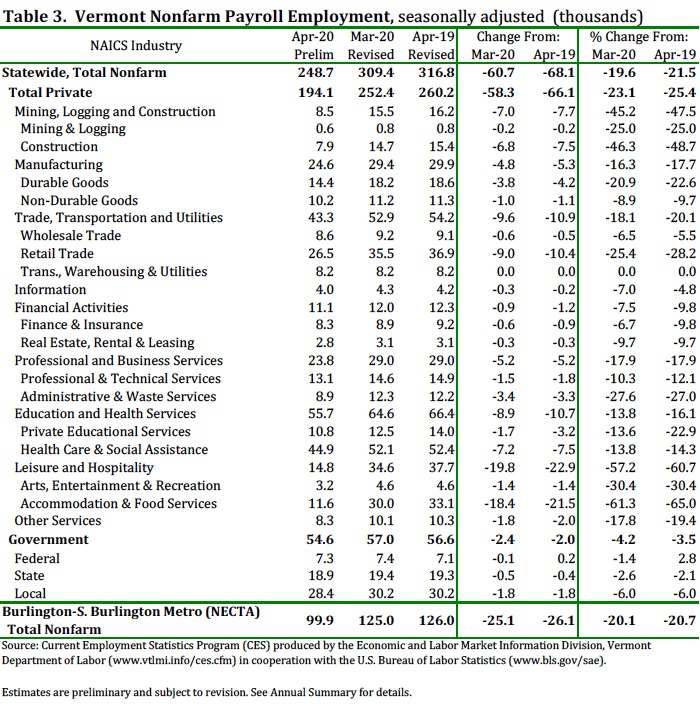 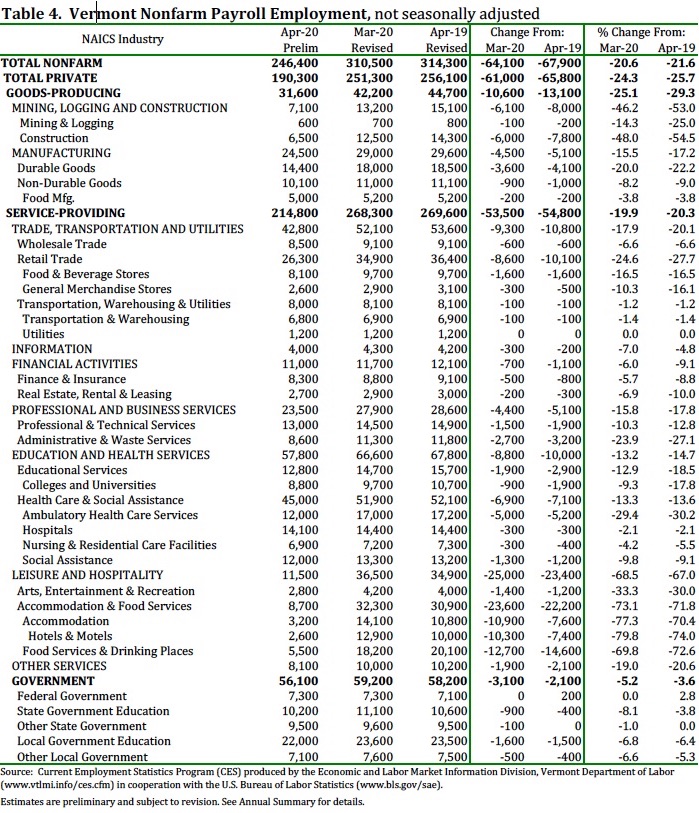 One thought on “Vermont’s unemployment rate increases to 15.6 percent in April”