This article by Chris Woodword is republished from American Family News.

It took years of legal fights, and a related ruling from the U.S. Supreme Court, but parties in Vermont have settled two cases involving school tuition and religious discrimination.

Going back two decades, religious families in Vermont have witnessed their state government offer a tuition program that excluded parochial schools. This week, five families and the Roman Catholic Diocese of Burlington, which sued to end the discrimination, watched the Vermont Agency of Education and local school districts agree to a settlement.

Alliance Defending Freedom represented the families and the diocese between two lawsuits, A.H. v French and E.W. v French, that were filed in September of 2020. 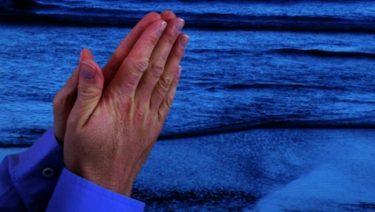 ADF attorney Paul Schmitt says the settlement states Vermont’s religious schools are longer be excluded from what is known as the Town Tuition Program that aids high school students.

“That basically ends what has been three years of litigation,” Schmitt tells AFN, “over equal access to programs in Vermont, including tuition for students who choose to attend religious schools.”

The tuition program is available in rural areas without a public high school, helping high schoolers to attend a private school – a secular one – of their choice. If that situation sounds familiar, high school students in Maine fell under a similar program that was also excluding religious schools until the U.S. Supreme Court ruled in June the state was unlawfully discriminating against them. The high court ruled 6-3 in the case known as Carson v. Makin.

According to ADF, the June ruling helped push Vermont’s school officials to acknowledge their tuition program is unconstitutional. A state letter to school districts cited Carson and instructed them they cannot deny tuition payments to religious schools that meet state standards.

Schmitt says one of the terms of the settlement is the families will be reimbursed for their out-of-pocket expenses for school tuition.

“If there are families out there in Vermont, who requested tuition from their school district and they were denied, they should renew that request for reimbursement now to try to recover some of that tuition,” the ADF attorney advises.