That worked. The Green Mountain State is so Blue many of its elected Republicans are Democrats. Not long after shooting and killing someone (it was the guns fault), Alec Baldwin spent $1.75 million on a Farm there. It’s blue and getting bluer. The place has gone to seed, an effect that has not gone unnoticed on this side of the Connecticut River. 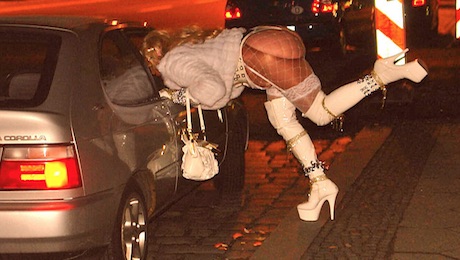 Sex work, which means sex trafficking because you can’t separate the two, would be legal, assuming the State Legislature has no objections. It must approve the charter change, which seems likely.

They’ve got increasing crime, a growing indifference to natural rights, and then there are the ideological immigrants poisoning the political water in Western New Hampshire.

And Burlington, one of the largest and earliest settlements, just jumped another liberal shark. “Burlington’s Question 5 proposal to bar city council from regulating sex workers passed with 63% of the vote.”

Sex work, which means sex trafficking because you can’t separate the two, would be legal, assuming the state legislature has no objections. It must approve the charter change, which seems likely. The state has legislation in the pipeline to legalize sex work statewide.

And there will be consequences. Crime will follow. Young women will lose control of their bodily autonomy to pimps and traffickers. The state will insist — as it already does — that their efforts to stop that will continue, and they will. Dems will pour millions into a bureaucratic machine whose sole purpose is to pay bureaucrats, but that will fail as miserably at regulating what it deregulated.

Human nature on both ends will ensure it.

If New Hampshire is to continue to repel the declining political influence of the descendants of the hippies who colonized Vermont 50 years ago, we’re going to need a lot more Free Staters. And Blue State refugees who are looking, not to undermine local liberty but to take up arms and defend it. Soapbox, ballot box … with at least one caveat.

More than a few of those Free Staters that would like to deregulate sex work in New Hampshire as well.