Burlington’s Question 5 proposal to bar city council from regulating sex workers passed with 63% of the vote.

According to Vermont Right to Life’s Maggie Kerrin, the result will be a disservice to those in sex work. 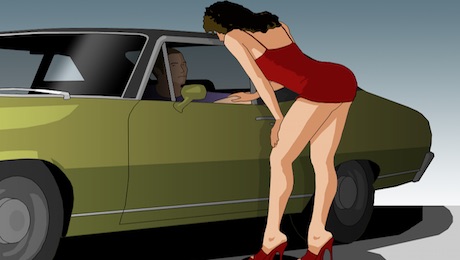 “Burlington residents need a lot more education about what it actually was that they just passed,” she said. “They clearly don’t seem to fully understand what this will mean for their community and for the vulnerable people in their community.”

Kerrin noted that bill H.630, currently advancing in the Statehouse, is very similar to Burlington’s charter change, but with statewide impact.

“It would basically do the same thing statewide,” she said.

“If you didn’t have prostitution then you wouldn’t have trafficking. You are talking about creating a market that needs to be fed,” she said.

The proposed charter change will now go to the Vermont Legislature for consideration.

Earlier in the year, the Rutland City School Board of Commissioners voted to return its mascot name to “the Raiders” after a previously liberal-leaning board removed the name during a lengthy mascot controversy. The name was restored to the Raiders when three conservative candidates were voted onto the board in 2021.

But on Tuesday, liberal candidates gained three seats back, and so the mascot controversy may continue.

While four conservative candidates ran for the board, only one of them, Karen Bossi, was successful. Bossi and her husband, Anthony Bossi, are not strangers to public life. Bossi was a paralegal supervisor for the state, and her husband was a police chief for the city. She recently told the Mountain Times that constituents are “tired of [the mascot debates].”

Bob Pearo, a conservative candidate who lost his race on Tuesday, told True North that he is worried about the election’s impact on the schools.

“We ran a campaign that was just based off of citywide residents, and just getting our name out there,” he said. “… I’m really disheartened for our children and the school system because I just don’t even want to think about which direction this is going to go in now.”

Pearo said there is speculation that the new left-leaning board will take up the mascot issue yet again.

“I can guarantee you that’s what’s going to happen,” he said.

Pearo said conservative candidates did not run on the mascot issue, but rather on transparency for the administration, enforcing anti-bullying policies, and getting parents more involved in general.

“We ran on bringing education back to our kids and not indoctrinating them — things of that nature, and I guess we just got outvoted,” he said. I’m not really sure how that worked out. It just seems very odd to vote to keep parents out of the school system; it just seems very weird to me.”

Candidate Courtney Collins, who is engaged to Aldermen member Matt Whitcomb, also gained a seat on the school board. Regarding the mascot issue, Collins wrote “you can’t change hearts and minds with a bulldozer.”

Up north in the Queen City, voters made sure Burlington City Council will remain a Progressive stronghold for the immediate future.

Progressive Party candidates defeated challengers for three seats, and won a fourth in an uncontested race. The result is a City Council with six total Progressives — a defeat for Mayor Miro Weinberger, who needed center or right-leaning candidates to help him appoint Acting Police Chief Jon Murad to a permanent position.

Images courtesy of Wikimedia Commons/Beyond My Ken and Public domain