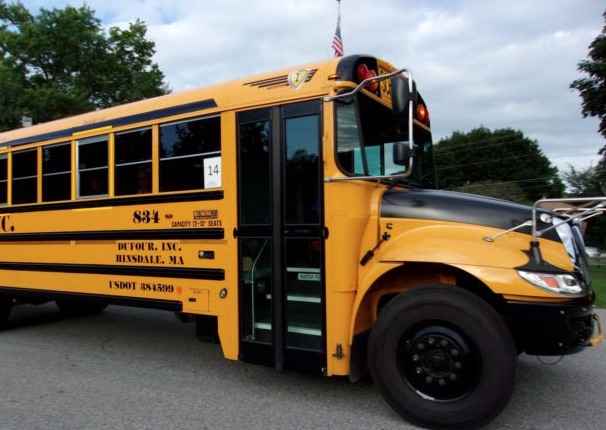 SCHOOL BOARDS REVOLUTION: School boards across the nation are seeing major changes as “woke” members are getting voted out by angry parents.

The city of Rutland will see four conservative candidates attempt to take four open seats on the Rutland City School Board this Town Meeting Day.

The board has been in the news, both locally and nationally, for a failed attempt by liberal board members to change the local high school’s Raiders mascot into “the Ravens.” After a long process of intense community debates in 2020 and 2021, liberal board members successfully changed the name, but later were ousted in favor of conservative-leaning challengers who ran against the mascot change. The conservative-leaning board restored the original Raiders name at a Jan. 11 meeting this year.

This time around, concerned parents are running for the board due to controversies over critical race theory, LGBT agendas, and Black Lives Matter ideologies creeping into the curricula.

The four candidates, who are collectively calling themselves “Rutland Parents for All Students,” include Bob Pearo, Karen Bossi, Cynthia Laskevich and Heather Hauke.

Laskevich told True North on Friday that progressive indoctrination is not welcome by parents.

“Whether it’s CRT or under the other name of SEL (Social Emotional Learning), [it’s in the schools]. It’s funny people will argue that CRT isn’t in our elementary schools, but I’m like ‘Yeah, well, SEL is, and that’s just another incarnation of it,'” she said.

Laskevich said she has been involved in big budget processes in the past and is prepared to rein in wasteful spending.

“What’s this for? Who’s this to? What’s this organization? I have a background in business accounting and I’ve been through the budgeting process before,” Laskevich said. “If I am elected along with my team, I know there’s already another accountant on the board, and it will just be more difficult for them to keep [questionable expenditures] out of sight.”

Laskevich also is against overzealous COVID rules and regulations.

“That’s completely inappropriate to attempt to coerce families into making a medical decision regarding their children, and they are playing this game where they are pretending that the state is telling them what to do, or this Agency of Education. But if you go to the COVID landing page that the AOE cites, it tells you flat-out that these are all local decisions now,” she said.

Pearo also spoke with True North on Friday. He addressed the “lack of civility” on the school board as well as a lack of communication between the administration and the board.

“That needs to be resolved because there’s a lot of stuff going on in the schools that is not getting reported that should be reported,” he said. “I’ve had a bunch of parents reach out to me about the Rutland Middle School itself down here, and what they’ve all said to me is that they’ve had students that have been bullied and harassed and all sorts of stuff.”

Pearo said the school and state have policies that target this kind of bullying that aren’t being followed.

“The problem is that some of the experiences that these parents have had is they’ve gone to the administrators in the schools, and [to] all the principals, about some of the problems that they are having with their kids, and the administrators have done nothing — they’ve filed no reports, they’ve done nothing,” he said. “They are not discussing the real problems and so the boards are not getting what’s going on in the schools.”

He added that local media have been working against the slate of four candidates.

“They have not been unbiased in the least,” he said. “It gets kind of difficult to actually do anything when people are like that. … All of them have become like that,” Pearo said.

In the liberal stronghold of San Francisco, recently three of seven school board members were recalled by parents outraged at social-justice-laden agendas being taught to kids.

“Voters in San Francisco turned out en masse to throw out a set of school board members who were more interested in imposing their will on others than on listening – and if other elected officials around the country prove to be similarly tone-deaf, then I have no doubt voters will take that into account,” Parents Defending Education president and founder Nicole Neily told Fox News Digital.

In all, 10 candidates are running for four open seats in Rutland. Their bios can be read on the Mountain Times website.