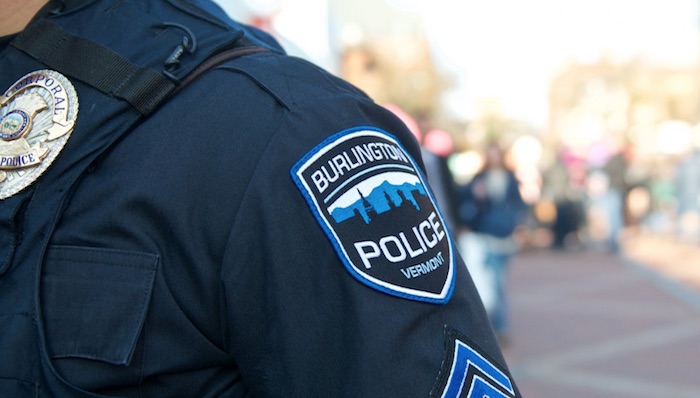 UNDER THE MICROSCOPE: A special committee formed to review police tactics wants data on ticketing and a new survey on public perception.

The 14-member committee — which includes city councilors, police commission members, a representative from the mayor’s office, and social justice activists — intends to focus on race and gender data to spot potential bias among police officers.

According to the minutes from an Oct. 29 meeting, a data request made to BPD sought a “breakdown by gender and race of suspect of tickets and fines issued over the last five years.” The request

Committee members are interested in civil tickets, not parking tickets, as well as how much money has been generated for Burlington.

The minutes also indicate the committee wants to know more about how the public views the police.

As for public perception, the committee aims “to hire a consultant to develop a survey to understand the perceptions of officers in BPD, the perception of members of the community, and to move forward with listening sessions.”

Randall Harp, committee member and member of the police commission, declined to get into specifics regarding this process.

“As for what’s expected to be accomplished, I would again not want to go beyond the resolution which established the formation of the committee. I expect the committee to make policy recommendations to the City Council with respect to Burlington Police Department policies,” he told True North in an email.

Jordan Redell, chief of staff for Mayor Miro Weinberger, is also a committee member. In an email, she responded about the data collection.

“The committee requested data from the Burlington Police Department regarding ticketing. That data has not yet been presented to the committee,” she wrote. “The committee discussed potential surveys, but no decisions have been made as of yet.”

City Councilor Max Tracy, P-Ward 2, is not on the committee, but he did note in a call that the original purpose of the committee was to focus on use-of-force incidents.

“As part of the resolution [creating the committee], our request specifically was for data around use-of-force from the department,” he said. “So I think it’s crucial for us to get that information out there and understand what is going on, and I certainly welcome multiple perspectives on what’s going on when we do that information.”

John Klar, a Republican candidate for governor, spoke about the misuse of arrest and ticketing data at a public meeting on policing at Vermont Law School last week. He said it’s not fair for Vermont leaders to accuse police of racism based on the ticketing and arrest statistics.

He added that police are not getting a chance to defend themselves.

“I would like to hear from our state police because they’ve been put in the middle,” Klar said.

As an example, he notes that in the traffic stops there may be a disproportionate number of blacks and Hispanics who are arrested because of the illicit drugs that enter Vermont coming from traffickers who are based in large cities outside of the state.

“And our attorney general has said that our police and our judicial system is implicitly racist,” Klar said. “It’s not about race, it’s about an urban culture. It has nothing to do with race.

“[It] seems like they are resisting doing a study about the origin of the black and Hispanic inmates in our prisons.”

When the Burlington City Council voted to create the special committee last summer, the goal was to examine the police department’s use-of-force policy in the wake of two lawsuits filed against the city in May alleging police brutality.

Mabior Jok and Congolese immigrant Jérémie Meli, two black men, were both arrested during altercations which occurred on Sept. 8-9 of 2018. While the charges stemming from both arrests were dropped, police bodycam footage showed some use-of-force by the officers that sparked a debate over the protocols that police are currently using for such public encounters.

The committee meets again Nov. 12 at Burlington City Hall. It is open to the public.