BURLINGTON — As accusations of police brutality continue to grip the city, one Progressive city councilor says existing police policy is mostly solid as is, but he still supports a review by a special committee.

“Current use-of-force policy is pretty strong, in my opinion, in terms of protecting members of the public,” Councilor Jack Hanson, P-East District, told True North in a recent interview. “I think it could be improved, and it does allow for use of force in certain situations, but I think that use-of-force should be used as sparingly as possible.” 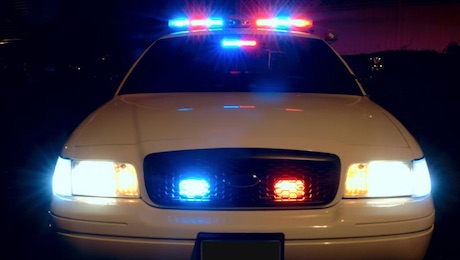 POLICE PROTECTION OR BRUTALITY?: Police tactics are under scrutiny after two high-profile incidents from September 2018 resulted in injuries and lawsuits.

A new 15-member special committee created by the City Council is set to review police policies after two separate lawsuits were filed against the city in May alleging police brutality. Committee members will include city councilors, police commission members, a representative from the mayor’s office, social justice activists and more.

Hanson told True North that if the existing use of force policy had been better followed, at least one of the two recent altercations could have ended much more favorably.

In determining whether a particular response to resistance (use of force option) is objectively reasonable the officer must consider;

Two incidents from September 2018 led to lawsuits against city police. Mabior Jok and Jeremie Meli — both black men — were arrested in separate back-to-back altercations with police Sept. 8-9. In both cases, the charges against the men were eventually dropped.

In the case of Meli, the body-cam footage of Sgt. Jason Bellavance shows him arriving at the scene on Sept. 9 while Meli is arguing with What Ale’s You bar owner Sinan Eren on the sidewalk. The argument appears to be verbal only, although police were originally called to the scene when a bartender said Meli punched him in the face four times as he tried to escort him out of the bar for disorderly behavior.

In the footage, Bellavance shoves Meli into a wall, where he injures his head and temporarily becomes unconscious. Bellavance was suspended for several days and put on administrative duty for several weeks. Meli, a UVM student seeking a medical degree, claims to have trouble with his vision and balance since the incident.

In the altercation involving Jok, police body-cam footage shows Jok in the middle of a physical altercation with another man when police officer Joseph Corrow cuts in, grabs Jok’s arm, and throws him into the sidewalk. Jok hits his head and becomes unconscious.

After review, the police determined Corrow was acting within the parameters of use-of-force policy. No punishment was administered.

Both Meli and Jok are represented by lawyer Evan Chadwick, who told media that the officers in each case did not announce themselves or make attempts to de-escalate the situation before resorting to physical force. 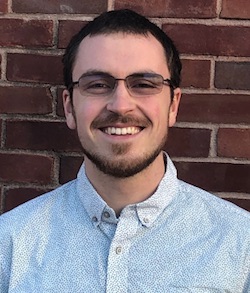 Hanson had co-sponsored a resolution, which did not pass, that would have required the release of bodycam footage whenever police use force.

“In this case, the footage wasn’t released until the media released it months later, and we possibly never would have seen it otherwise,” he said. “It’s really important that this footage sees the light of day.”

Councilor Adam Roof, I-Ward 8, was strongly in favor of creating a special committee to review community policing practices. He said a committee is necessary because it’s not the role of the Burlington City Council to adjudicate police actions.

“I looked at the options here from a legislative perspective and policy perspective, and building a committee to really dig in on all of these issues and report back to the council by November is really a way to look all of our policies from a high level and say if you want to change them we should do it properly,” he said.

Roof maintains that any revisions to police policy will take into account that sometimes there’s a need for force. “There are going to be instances where a police officer is going to have to use force,” he said.

He added that police force is rarely used. He referenced 2018 data which indicates that out of 30,000 total police interactions, fewer than 200 involved a use of force. Force can mean a variety of actions, from using a taser to restraining someone during an arrest.

“When you look at the number of those 200 that resulted in an injury or bodily harm that warranted a review, it’s barely a handful,” he said.

Also commenting about the special committee, Councilor Sharon Bushor, I-Ward 1, told True North the 15-member committee is in the creation phase and applications are being collected. She said citizens should have a strong presence on this committee.

“They need to be able to feel like they have confidence in the process, and the way to achieve that is for them to have seats at the table,” she said.