The Governor announced today that he will be driven in an electric vehicle. I will begin by committing to doing the same as Governor. This is a no brainer and an easy yes. However, I would be remiss if I did not make a statement to point out how obstructionist this Governor has been when it comes to climate progress. 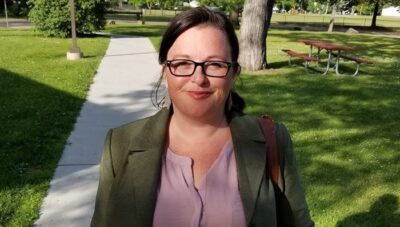 This year alone Governor Scott Vetoed several bills that would have helped move us closer to our climate goals, Including both the Clean Heat Standard and some changes to Act 250. Instead he has continued to slow or stop progress. He has called the Global Warming Solutions Act unconstitutional. While being driven in an electric vehicle is the right thing to do, it will do almost nothing to achieve our climate goals.

If we want to solve the climate crisis we must build and support in state renewable energy. Update and expand our transportation system. Support our small farms to transition to carbon sequestration and require our large farms to do the same. When we talk about access to electric vehicles, solar panels, heat pumps and more, we must ensure that these discussions and solutions center those most marginalized and reach all Vermonters or we are not solving the climate crisis at all.

For years the Public Utilities Commission has been packed with people who have effectively stopped in-state renewable energy from being built. In no time, our contract with out of state energy will end and the cost will then rise. Those increased costs will then be placed on the tax payers. The same tax payers that have no access to personal energy solutions. These are people that were appointed by the Governor and is an essential shift that must be made.

Again, this is the right thing to do and an easy yes and one that I too will do as Governor. But this without climate action this does not do anything to move us toward our climate goals. We need a Governor who does the difficult and necessary work to take Bold Climate Action and leave a better Vermont for our children and our planet. We can not afford two more years of this type of obstruction to our climate goals. Good enough is not enough. The world is burning. We have to do better.

11 thoughts on “Siegel: Guv’s EV ‘will do almost nothing to achieve our climate goals’”