The Scott administration on Tuesday said it is recommending that schools with 80% vaccination rates unmask students in attempt to return “back to normal.”

Speaking at the Gov. Phil Scott’s weekly press conference, officials said the universal mask recommendation for Vermont schools will not be extended past Feb. 28. As a result, school districts and independent schools at that time may choose to lift mask requirements for schools where the student vaccination rate is over 80%. 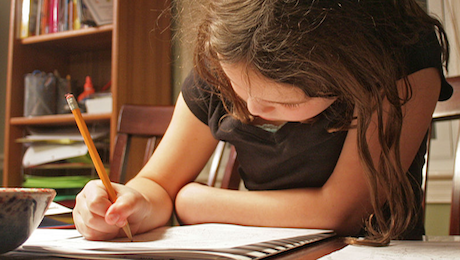 MASK FREE STUDENTS?: Vermont is recommending, but not requiring, that schools continue with masking requirements unless the student population is 80% vaccinated.

Secretary of Education Dan French noted that neighboring states are moving in a direction away from required masking in schools.

“There’s been a lot of conversation about masks in schools on the national and regional levels,” French said. “Notably, Massachusetts and Connecticut announced that they are not going to be requiring masks in schools as of Feb. 28, and then recently Rhode Island has announced an effective date of March 4.”

“Our schools have had an incredibly difficult year, and this is an important step to getting them back to normal,” French said.

Asked by True North if recommending unmasking for only highly vaccinated schools might cause friction between nurses, staff and families, the governor said he does not think so, and added that financial rewards will be offered.

“I think it’s a personal decision. But the more who are vaccinated, if we can get to a certain level, they would receive some sort of financial award to be spent on something the student body would determine that they wanted to advocate for. So it’s not in the interest of the nurses or administrators, it’s really about the kids,” he said.

Vermont Health Commissioner Mark Levine added that the current emergency status of the new COVID vaccines for youth does not mean that there weren’t any safety studies performed.

Asked if individuals with natural immunity to the virus should be treated the same as those having received vaccines, Levine replied, “The combination of what you’re calling natural immunity with superimposed vaccine-mediated immunity is still considered to provide the best protection going into the future — so a super-immunity, if you will.”

French said while the administration is not ready to follow other states with a universal unmasking policy for schools, he added that “we are increasingly confident that at some point masking can be removed altogether.”

The governor said he was on a conference call Tuesday with Rochelle Walensky, director of the Centers for Disease Control and Prevention, and that many governors are planning to move forward without mandates.

“It was noted by a fellow governor that the CDC is falling behind from where the public actually is,” Scott said. “And she stressed that personal responsibility and individual decision making is key for decisions like wearing masks, which we’ve been talking about here for quite some time.”

At numerous points during the conference, officials reminded reporters that these are recommended policies, and that ultimately any school district is free to choose its own masking policy regardless of vaccination rate.

“When we do make that recommendation it will be just that — a recommendation,” French said regarding the 80% vaccination threshold for taking masks off. “Local school districts can choose to implement it or not.”

French spent time talking about communities that have been overdoing their COVID regulations on the local level, and potentially causing more harm than good.

“For example, I’ve heard about schools not letting kids talk during lunch, or schools that require students to wear masks during outdoor recess or playing in small groups or pods on the playground,” he said. “These measures are unnecessary and they send the wrong message to students that our schools are not safe from the virus.”

French also talked about the negative impacts of some COVID regulations.

“We need to get our students and our schools back to normal as soon as possible,” he said. “This means we need to allow our students to do normal things in schools like talking at lunch, playing on the playground with all their friends, not just those who are in their immediate class or grade. This also means that they need to be able to see the faces of their classmates by not being required to wear a mask.”