If a pro-Trump armed rally Jan. 17 at the State House takes place as warned by police, any Republicans who attend will do so contrary to the wishes of party leaders. But the president of the ‘anti-fascist’ AFL-CIO of Vermont has urged his members to show up for a counter-protest.

Vermont police report that Trump supporters are planning to rally at state houses across the country, including the Vermont State House in Montpelier, on and around Jan. 17. Deb Billado, chair of the Vermont GOP, has a simple message for Republicans: no-one she knows is coming, and you shouldn’t either.

“It has come to my attention through various vague media reports that there is a rumor of some kind of protest planned at the capitol building in Montpelier this weekend,” Billado said Jan. 12. “While we support everyone’s right to peaceably assemble, just like the thousands of VTers gathered in pink hats four years ago to protest a new administration, I must in the strongest terms possible caution anyone who is considering involvement. 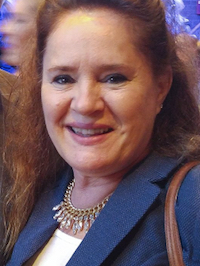 “First, I want to stress that to my knowledge not one Republican I know has plans to attend, or has any interest in attending such an event here in VT. While VT holds a proud tradition of a right to bear arms, doing so at this rally in our current climate in light of what happened last week would demonstrate an incredible lapse of judgement.”

Ditto, Sen. Joe Benning, R-Caledonia, former minority leader in the Vermont Senate, said. “Lesson #1 in how to guarantee new gun legislation being successful: bring a gun to a peaceful rally,” he commented on a Vermont Daily story Wednesday.

2020 Chittenden County Senate candidate and “Generally Irritable” columnist Ericka Redic said she doesn’t always agree with Billado but does agree with her statement: “For all of my disagreements with Deb Billado, VTGOP State Party Chair, I am posting her letter about the GOP’s position on the rumored protest scheduled for this weekend. She hit the nail on the head and I second her statement that I DO NOT KNOW A SINGLE PERSON planning to attend that event. I believe this is either an attempt to further exasperate the tensions, or people who are not on our team. Political violence is not the answer.party leadership.”

Given the apparent lack of interest among Vermont political conservatives and police uncertainty about organizers’ actual plans for Vermont, the Jan. 17 rally could be a relative non-event. However, organized labor activists have been called to action on social media by AFL-CIO President David Van Deusen:

“DEMONSTRATE AGAINST FASCISM & AGAINST THE TRUMP COUP – SUNDAY, JANUARY 17, 12:00 PM, STATEHOUSE, MONTPELIER, VT – Armed fascists have threatened actions in ALL U.S. State Capitals on January 17 (Sunday). Vermont is no exception. We must NEVER concede control of our communities, our public spaces, or our government to fascists. Therefore I encourage you to join this anti-fascist (pro-democracy) counter-demonstration at our Statehouse this Sunday at noon. However, despite the organizers of this event billing it as “family friendly”, given the heightened political tension and the possibility of armed rightwing extremists being there in opposition, I ask that you DO NOT bring children. These are dangerous times and while we must defeat the fascist threat, we also must endeavor to keep our families safe. I intend to be at this demonstration, and I hope you will too. Its time to stand up to Trump and fascism and say ‘enough is enough.’”

Van Deusen also promised that if there is no transfer of power on Inauguration Day, the AFL-CIO will go on strike. “Our State Labor Council again confirmed our commitment to a General Strike in the event that a transfer of power does not take place on January 20th,” he said in a Facebook post.

5 thoughts on “Republicans won’t show at State House Jan. 17, but labor activists will”