For the past 12 years states from around the country have been taking time to recognize the critical impact that school choice has on the lives of young students. Republican Gov. Phil Scott has named this week “School Choice Week” here in Vermont.

Vermont has had a unique and complex relationship with school choice over the years. We were the first state in the country to grant educational access as a right enshrined in our Constitution.  But the rural landscape and decentralized government we have in the late 1700s created some unique challenges which led to innovative choice-centered solutions. 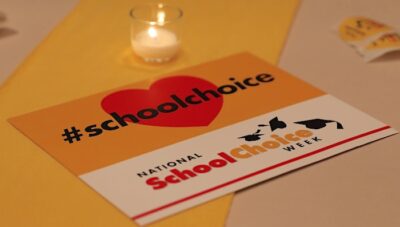 The wealthiest Vermonters already have school choice — and they always will. Broadening school choice is one of the most important efforts we can undertake that will actually achieve equity, and it which will have a long lasting impact for decades to come.

Students in some parts of our state live in an area where a private school was initially founded by private philanthropists before any significant public work on education could begin. And those Vermonters (being the thrifty yankees that we are) decided it would be foolish to start from scratch and take taxpayer money to compete with such an excellent school. If you can’t beat them, join them. So a number of independently operated schools around the state end up serving as the default public option for students.

A number of towns used to be known as “tuition towns” where the population was usually small enough that it didn’t really make sense to create their own public school, and the geography of some mountain towns, along with the high quality public & private schools in the valleys led towns people to come to the same conclusion to not reinvent the wheel, but to allow parents to choose which nearby school they wanted to send their kids to, and they just paid a fixed tuition to that school.

More recently a court challenge to Vermont’s prohibition on tuition going to religious schools has been struck down. And for the first time Vermonters are able to ensure their education tax dollars follow the student to the school best suited for them.

We have a rich history supporting school choice which has been grounded in yankee pragmatism.  When most private schools are providing a similar or higher quality education for sometimes half or even one fifth of the cost of our public schools — why wouldn’t we give parents the choice, and taxpayers the needed break?

The fundamental question is do we want a system that supported the institution of public education — or are we trying to achieve a more educated public? Our current system ensures the former, while leaving the latter in doubt.

Private schools must provide value to keep enrollment. They must meet the demands of parents, and adapt to those demands as they change. Public schools have no such accountability — at least not for low and middle-income families.

The wealthiest Vermonters already have school choice — and they always will. Broadening school choice is one of the most important efforts we can undertake that will actually achieve equity, and it which will have a long lasting impact for decades to come. Our entire society will benefit if we can offer to low and middle class students the same opportunities their wealthy classmates have access to.  And statistics show that doing so would likely reduce taxpayer cost and improve the quality of education.

But as long as Democrats have control of the State House, they will never give school choice to anyone but the wealthiest Vermonters. This is why we need to recruit Republicans for every House and Senate seat in the State — and why we also need to help them win. We need to support her allies in the school choice movement, like the ones speaking at a luncheon on Thursday. School choice is an equalizer that empowers parents — not bureaucrats.  And it was the issue that helped Republicans flip the Virginia Governor’s offices, as well as their House of Delegates. It could be the kind of issue that could help Republicans win in districts like Burlington or Winooski.

While Vermont has old roots in providing school choice to its children, those roots don’t mean much if we don’t continue to grow and bear more fruit. There is greater progress for us to make in order to give greater choice to an even greater number of Vermont kids. And the Vermont Republican Party stands ready to recruit candidates and volunteers who want to join us in this effort to empower parents and voters.