This year’s celebration of Jefferson Day will arrive a few days early in the Green Mountain State.

On April 9, a few days ahead of Jefferson’s birthday, the founding statesman’s legacy will be feted by the Vermont-based Ethan Allen Institute with a special 25th annual dinner gathering featuring guest speaker attorney and legal historian Paul Gillies. 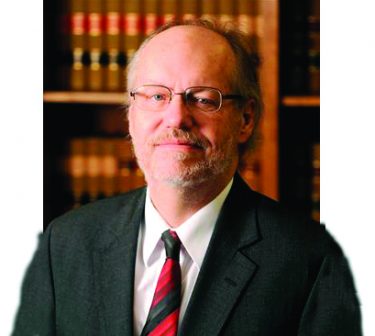 Gillies is a partner of Tarrant, Gillies & Richardson Attorneys at Law based in Montpelier.

The event will be held at Trader Duke’s Hotel and Restaurant located at 1311 Williston Rd. in South Burlington.The evening starts with a social hour at 5:30 p.m. and dinner and program at 6:30.

Gillies’ scheduled address at the EAI Jefferson Day dinner will be of special interest to both native and transplanted Vermonters concerned about trends in law and judicial activism.

John McClaughry, vice president of the Ethan Allen Institute, said Gillies is uniquely qualified to speak on the topic of the evening: “Jefferson, the Constitution, and the Courts: Lessons from Vermont’s History.”

“Jefferson’s views on the proper role of courts evolved over 50 years,” McClaughry told True North. “In his final years, he became a savage critic of the Supreme Court, of his cousin Chief Justice John Marshall.

“Meanwhile, in the new state of Vermont, a Supreme Court was feeling its way toward countering extra-constitutional acts of a legislature. Two centuries later, the court had begun to find and develop rights never imagined by the Framers. And probably no living Vermonter has studied this fascinating evolution more than Paul Gillies.”

Gillies’ regionally acclaimed book “The Law of the Hills: A Judicial History of Vermont” was published by the Vermont Historical Society. His latest effort, co-written with Vermont Law School professor Peter Teachout, will be a book examining the ins-and-outs of the Vermont Constitution.

John McClaughry: “As a lifelong Jeffersonian who had sponsored two Republican Jefferson Day dinners in 1969 and 1970, I conceived of the institute sponsoring an annual event that would celebrate the Jeffersonian principles that motivated Ethan (Allen) and me, and guided the philosophy of the new institute.”

A quarter-century of insightful Jefferson Day addresses is a watershed accomplishment for the Montpelier-based free-market think tank.

“When we founded the institute in 1993 we named it after Vermont’s most famous founding figure, Col. Ethan Allen, whose watchword was ‘Liberty and Property,’” said McClaughry, a policy aide to President Ronald Reagan during the 1980s.

“As a lifelong Jeffersonian who had sponsored two Republican Jefferson Day dinners in 1969 and 1970, I conceived of the institute sponsoring an annual event that would celebrate the Jeffersonian principles that motivated Ethan and me, and guided the philosophy of the new institute. Life, liberty, and the pursuit of happiness; equal rights for all, special privilege for none,” he said.

“We have three times brought in nationally known Jefferson actors including Bill Barker, from Colonial Williamsburg, and Clay Jenkinson. One of our best programs was a panel interrogation of Bill Barker, in [period] costume, at St. Michael’s College, moderated by Gov. Jim Douglas,” McClaughry said.

Since 2011, McClaughry has delivered a variety of Jefferson talks at EAI events and high schools located around the state. At the Tuesday night event, Gillies will be introduced by his longtime friend Gov. Jim Douglas.

Attorney Gillies has a special interest, in his own words, in “old roads, boundary lines, rights-of-way and other easements, and that special land where history collides with law.” According to his legal-service precis, clients include “municipalities, both large and small, businesses engaged in a wide array of endeavors, including construction, manufacturing, and energy production, and individuals from all walks of life.”

Amanda Gustin, of the Vermont Historical Society, praised Gillies’ popular book “The Law of the Hills” for being “the first general history of the judicial branch in Vermont, chronicling its birth and development from the earliest settlement to the present.” The book delves into dramatic events of the court’s past, such as one event where the entire court resigned due to constitutional uncertainty.

“Some may think that … legal history is a dry recitation of cases, holdings and doctrines that only a lawyer, like me, will enjoy. While I did take a professional interest in [Gillies’ 2013 book] ‘Uncommon Law, Ancient Roads and other Ruminations on Vermont Legal History,’ many lawyers want more and this book gives it to us,” Gallen wrote in a Amazon.com review of Gillies’ writings.

Jefferson Day, which honors the memory of United States Founding Father Thomas Jefferson on his April 13th birthday, was proclaimed in 2007 by President George W. Bush as the time “we commemorate the birthday of a monumental figure whose place in our nation’s history will always be cherished.”

To attend the 25th Annual Ethan Allen Institute Jefferson Day event, register no later than April 5 at the EAI website, or call 802-695-1448.

4 thoughts on “Montpelier attorney to discuss Jefferson, the Constitution and Vermont courts”