By a 9-2 vote, lawmakers in the House Committee on Government Operations on Thursday approved a marijuana commercialization bill that uses race to prioritize grants and loan access, positions on boards, and more.

If S.25 becomes law, a Cannabis Control Board will determine who gets what resources and access to the marijuana industry, and Vermonters who are non-white get preferential treatment.

“When reporting to the General Assembly regarding recommended fees for licensing cannabis establishments pursuant to Sec. 5 of the 2019 Acts and Resolves No. 164, the Cannabis Control Board shall propose a plan for reducing or eliminating licensing fees for individuals from communities that historically have been disproportionately impacted by cannabis prohibition or individuals directly and personally impacted by cannabis prohibition,” the text of the bill states. 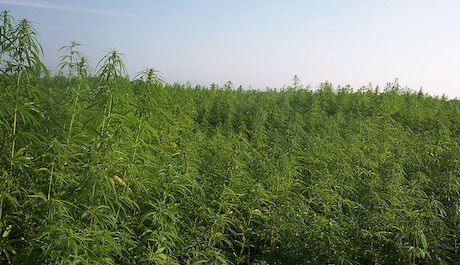 The two dissenting votes were from two Republicans on the committee, Rep. Samantha Lefebvre, R-Orange, and Rep. Mark Higley, R-Lowell.

Higley referenced a recent scandal involving the Champlain Valley Dispensary for Medical Marijuana that gave produce company Pete’s Greens more than 200 hemp plants that turned out to be marijuana with 21 percent THC. He also mentioned that the hemp industry appears to have an over-production problem.

“When we talk about some of the people who have been disproportionally impacted, I think from the testimony that we heard this morning that there are some of the medical marijuana groups out there that are being disproportionately impacted by cannabis legislation that we currently have,” he said.

Higley said he generally doesn’t support the bill, but thinks there’s “more that can be done in the medical marijuana realm.”

“I’m not convinced that things will go well for us down the road in terms of tax-and-regulate, so I will not be supporting S. 25,” he said.

Last year Vermont lawmakers and the governor approved S.54, which establishes a retail marijuana market by fall 2022. This bill established the yet-to-be appointed Cannabis Control Board, which is responsible for “adopting regulations and administering a licensing program.” Five different types of licenses regarding marijuana commercialization will include cultivator, product manufacturer, wholesaler, retailer and testing laboratory.

On Town Meeting Day, 34 Vermont towns chose not to put any questions on their ballots that would allow local pot shops.  According to the language of this bill, those towns default to pro-retail status without a vote. Towns have until 2023 to vote on the issue.

Vermont policymakers were forewarned at a public hearing in Burlington in 2019 that commercialization efforts would ultimately lead to giant marijuana companies easily beating out Vermont-growers for the majority of its citizens’ dollars.

“You never can compete with the giants in this world,” said Bishop Jethro James, pastor of Paradise Baptist Church in Newark, N.J.