What do NHJournal, SeacoastCurrent.com, InDepthNH.org, The NHBulletin, WMUR, The Union Leader, and likely every other print “newspaper” in the Granite State have in common? All the COVID vaccine reporting has been favorable and supportive. 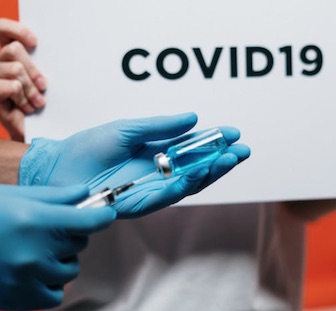 Last week the FDA released a batch of clinical trial documents they did not want the public to see. In that cache is a list of known side effects from the experimental mRNA “vaccines.”

I could not find any articles that suggested these were anything but safe. But we know that’s not true. We know it from our own reporting. We’ve published both peer-reviewed and first print research. Interviews with actual experts. Hundreds of articles and scores of links to news reports, scientific research, and interviews.

Yesterday I asked if that was the result of more than just plain old bias.

Money from the Feds was laundered through the states to push pro-COVID-vaccine ads. It has also been intimated that this was not the only money that was changing hands. We wanted to know who received Fed dollars and if there might be other inducements that encouraged local and national media to stay away from negative reporting on the experimental Jab.

Is the absence of such reports damning?

The Jab has been an endless opportunity for human interest stories and investigative journalism, but where are these stories? Where is the balanced reporting or curiosity? What happened to “protecting the public interest” from abuses of government?

People were driven out of their jobs for refusing an experimental treatment we have known for some time has serious side-effects including death.

To be clear, we have not provided or received conclusive evidence that the NH media was bought off, but anecdotal evidence is another matter. They all appear guilty by omission. Why did they ignore these stories when it is clear they could have been the only media (outside of sites like this) sharing that research and expert commentary?

I’m not complaining. We’ve gotten tons of traffic as a result of their indifference but why are they still toeing that line?

Last week the FDA released a batch of clinical trial documents they did not want the public to see (Local PDF here). That’s a story.

In that cache is a list of known side effects from the experimental mRNA “vaccines.” Another story, maybe dozens of them if curious reporters went out and found people who got the Jab and experienced any of these side effects.

CLICK HERE to read all 1,294 potential side effects of Pfizer’s COVID-19 vaccine

Pfizer releases its list of vaccine side effects. Wow.

Pfizer wanted you to wait till 2085 to know that the vaccine you took has 9 PAGES of side effects. Start with page 30. I've never seen anything like it.

The mRNA injection has been proven to alter human DNA (in the liver). That seems like big news. A super-majority of COVID deaths worldwide continue to be among the vaccinated, with only a fraction being unvaccinated. That’s another above-the-fold story. [More at American Greatness]

And most of this is not new. We’ve known about the risks for quite a while. Facts in evidence that were hidden, suppressed, even shouted down by politicians, the public health apparatus, and others, and never reported in the local media.

And they are still absent.

A quick search of WMUR and the Union Leader produced no stories about the risks or recent document dumps. And we think this problem goes a lot deeper than that. As referenced in the opening, a search of online “news” like NH Journal, Seacoast Current, InDepthNH, and NH Bulletin (for stories on the FDA or Pfizer) are all pro-vaccine.

Were they warned off after taking Pro-Vaxx advertising dollars, or was there other money involved?

How could the lack of coverage be so complete even after the Tuesday FDA document dump?

And can anyone honestly trust anything they print or broadcast anymore? Ever? We don’t think so, but that’s up to you to decide.

As promised, here is the list of side effects (local copy) released by the FDA that were known by Pfizer (and the FDA). This is also why it will never be “approved.” And yes, Comirnaty was a smokescreen, and the “media” did nothing to protect you from that lie either.