Councilors Bryn Oakleaf, Jim Duncan, and Thomas Renner all voted to rescind the mandate, with Councilor Aurora Hurd abstaining from the vote. 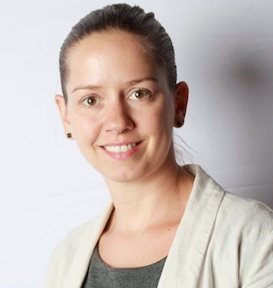 The vote comes amid a 60% decline in cases in Chittenden county over the last 14-days and a 15% decline statewide, according to the New York Times.

Hurd abstained due to concerns about an uptick in cases overseas. The BA.2 subvariant of the Omicron family of virus — now dominant in Europe — is responsible for about 50 percent of new cases in Vermont and other northeast states, according to a CNN report.

“I know that it sounds like the UK is having surges,” said Hurd, “which tends to translate to the US.”

“We are in a state where we’re going to be dealing with this for years to come; where we can pull back and we can put [mandates] back in place,” said Duncan.

“I think this is our test run, as I see it, for when and how we do that,” he continued, “if anyone feels that they are more comfortable wearing a mask, that is something they can do, and that is not a grounds for discrimination or harassment at all.”

The school district has not required masks since last Monday for teachers, students, and staff, according to Duncan, and residents have grown more antsy.

This vote to rescind will be a sigh of relief for some businesses who have grown tired of the mandates and frustrated customers.

One business reached out to the City Manager’s office to raise concerns about workplace morale.

They received “pretty hostile messages from customers, [and] they are in favor, now, of rescinding it,” said Interim City Manager Wendy Harrison.

“In previous meetings,” said Harrison, “the businesses were generally either neutral or fine, but now there’s one business in particular that is really having a problem and would like it rescinded.”

The tipping point illustrates a rift many are experiencing — balancing a fight against the virus and protection for the immunocompromised with the desire to get life back to normal.

Oakleaf and Hurd were concerned with the city’s efforts to reach out to residents about the change in policy.

Oakleaf asked Harrison whether staff garnered input from community partners aside from businesses.

“Not specifically,” Harrison said, “and if we do have interest and need from our partners for masks, we’ll do what we can to help them out.”

“It sounds like the short answer is no, not proactive outreach,” said Oakleaf.

Oakleaf is concerned that community members separated from small businesses are not being properly heard on this matter.

“Based on the data we’ve seen and the trends we’ve seen, it’s in line with what the rest of the state is doing at this point,” said Ray Coffey, Winooski Community Service Director, about general agreement for rescinding the mandate in the weekly COVID huddle call held between Vermont Department of Health, community members, and stakeholding organizations.

“If there was suddenly a surge in like the next two weeks, we could reinstate this, just only through April 30th unless and until the state gave us more authority than that,” said Mayor Lott.

COVID-19 testing will remain available at the O’Brien Community Center.

Hurd assented to the importance of making booster shots widely available for Winooski residents in the coming months.

Should there be a surge, similar recommendations could be applied, she said.

The city will ensure that masks remain available at city buildings listed on the Winooski City Website, according to Harrison.