Montpelier, Vt. – Governor Phil Scott today announced the appointment of Jennifer Morrison as the commissioner of the Department of Public Safety (DPS). She will be the first woman to serve in the role, overseeing the State Police, Vermont Emergency Management, Vermont Crime Information Center, Forensic Lab, Division of Fire Safety and more. 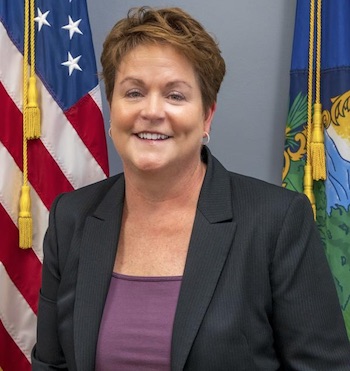 Jennifer Morrison, commissioner of the Department of Public Safety

“Over the course of her accomplished career in law enforcement, Commissioner Morrison has demonstrated a deep commitment to service, dedicated to improving her communities and keeping Vermonters safe,” said Governor Scott. “She has been a great asset to our team and will continue to excel in the critical role of Vermont’s commissioner of the Department Public Safety.”

Prior to joining DPS in October 2020 as executive director of policy development and later deputy commissioner, Morrison spent three decades in Vermont’s law enforcement community. She joined the Burlington Police Department as an officer in 1990 and advanced through the ranks, ultimately becoming deputy chief. In 2013, she accepted the position of chief of the Colchester Police Department, a role she held for the next five years before retiring. In retirement she worked as a consultant and instructor before returning to the Burlington Police Department in January 2020 as interim police chief for six months.

“I am humbled by the opportunity to serve in this capacity,” said Commissioner Morrison. “There is much to be done as we continue to modernize our approach to public safety. I look forward to learning from the outstanding professionals at DPS and leveraging 30+ years of experience and relationships to benefit all Vermonters.”

Morrison’s appointment is effective immediately. She succeeds Michael Schirling, who left the role in June. A photo of Morrison can be found by clicking here.