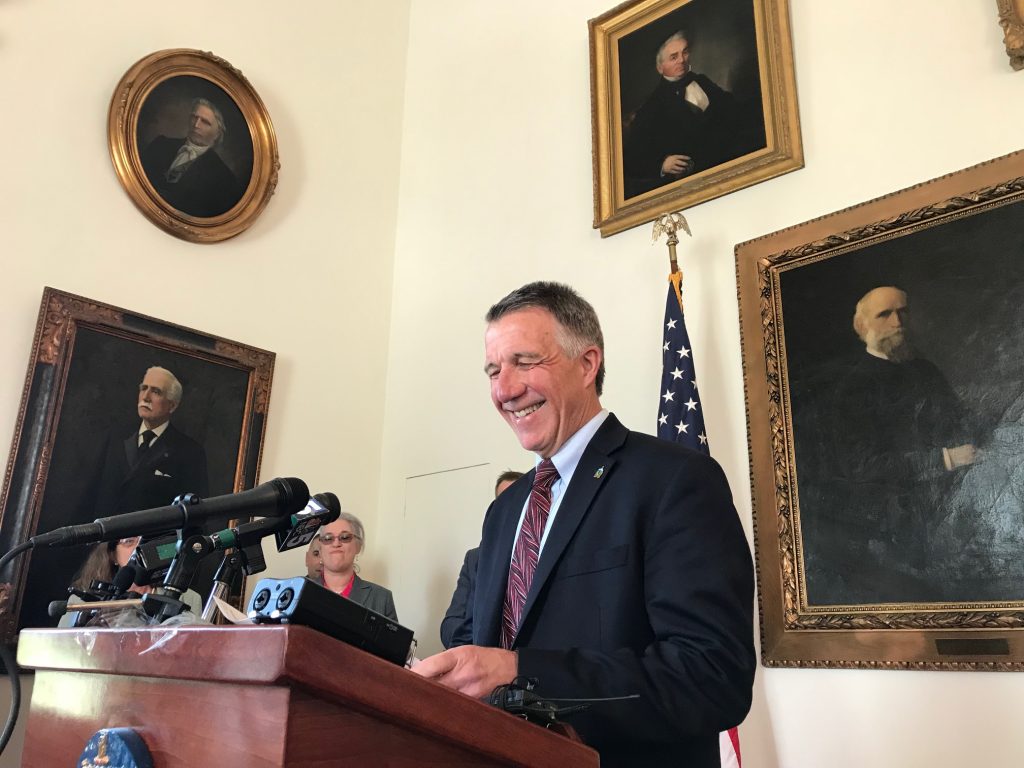 BUDGET SHOWDOWN: With another budget veto lingering, the showdown between the administration and the majority party inches closer to the June 30th budget deadline.

MONTPELIER, Vt. — Another budget was passed by the General Assembly last week and is on its way to the governor’s desk, but it’s most likely destined for another veto unless lawmakers quickly find acceptable compromises.

Supporters of budget bill H.13 are calling it an effort to stave off a potential government shutdown at the end of the month. Meanwhile lawmakers from the House Ways and Means Committee are working on H.4, a bill that specifically deals with areas of difference between the administration and the majority party.

Spokespersons from Gov. Phil Scott’s office say that H.13 is unacceptable because it maintains a default 5.5 cent rate increase for the non-residential property tax. Lawmakers have said that unless H.4 addresses the increase before the budget bill makes its way to Scott’s desk, it’s certain for a veto.

With a second budget veto looming, that leaves about three weeks left for lawmakers and the governor to come to an agreement. Scott continues to double-down on his campaign pledge of no new taxes or fees while the majority party digs in on its opposition to the use of one-time funds to pay down the tax rate.

If the government were to shut down, the Vermont Constitution prohibits the distribution of funds to various government and public education initiatives. School budgets, state parks, social services and more could be left without funding for the duration of a shutdown.

Scott has been arguing that this year there is more than enough surplus money, leaving no excuse for any tax increase.

“Over the last two months we’ve had the good fortune of collecting $55 million more in revenue than we expected to,” he said in a statement on Thursday. “This brings us to a total of over $170 million more than we took in last fiscal year. With a growing surplus, this is not the time to raise taxes on Vermonters and especially statewide property tax rates.”

This is Browning’s second attempt at a compromise initiative since the regular session ended. She had proposed to have non-residential property taxes held flat, which gained wide Republican support but failed to garner much support from the majority party.

She said this new effort has more support from her party.

“I don’t know if it was the mathematical symmetry or what — people liked that,” Browning told True North. “I think people liked that because you are putting the same amount into next year’s education fund as this year’s, you are not leaving a big hole.

“That was not intended by me to be some sort of final version; I was just kind of throwing it out there to try to get them to move, and they did.”

Browning added that she would like to see more done to contribute funds to pay down this year’s tax rate. Her previous proposal offered $24 million to pay down the tax rate.

Critics of the proposal, including Rep. Kurt Wright, R-Burlington, do not expect the governor to sign the bill because it still raises taxes. Wright commented in the committee that lawmakers should have “worked more, harder, longer” on something that more closely matches the governor’s demand for no new taxes.

Meanwhile, the Vermont State Employees Association is worried enough about the prospects of a government shutdown that leaders have formally requested the governor initiate a contingency plan so that state workers will be taken care of in the worst-case scenario.

According to VSEA Executive Director Steve Howard, there are 6,200 state workers who could be negatively impacted by a government shutdown, and currently there are no protocols detailed in their contracts.

Browning is hopeful that some deal will be reached before the end-of-month deadline.

“I think there’s a deal out there, but everybody is going to have to give somewhat, and right now they don’t seem to want to and I think that’s very unfortunate,” she said. “I will keep working for a deal.”

3 thoughts on “Governor readies veto pen to fend off property tax increase, but compromise on table”