Editor’s note: This is Part 6 in our Debate for Vermont Series.

After reading the recent VTDigger article “Public vs. private schools: The great ed funding debate continues”, I have to ask: Is this another false dichotomy? After all, education is an immensely more dynamic concept than a school choice between public and private institutions.

The debate over the funding and governance of these schools appears to be a sleight of hand by the education establishment, both public and private. It’s the same way a magician pulls a rabbit out of a hat, or a pickpocket lifts a wallet. Why, for example, is homeschooling, online schooling, public-private school collaboration, or a school-to-business internship never mentioned? Why is the discussion always about the education establishment’s public vs. private schools, and the legislators and special interest groups who enable them? 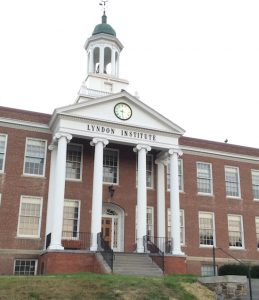 Parents in rural areas of Vermont are permitted to send kids to private or independent schools of their choice, including schools such as the Lyndon Institute, using taxpayer funding, set at about $15,500 per student. By contrast, the state spends about $22,000 per student for public schools.

This good cop, bad cop routine works because we humans are susceptible to what is called a “fear-then-relief response.” First, the education establishment complicates the process beyond what the average voter, parent or student understands in the limited amount of time they have to consider things like the budget, the curricula and the law.

My wife and I served on public school boards over the years and our children went through the Vermont public school system. Because of school district tuitioning, we were involved with the establishment and administration of more than one private school. We played all sides, creating collaborations between public, private and customized personal programs. It can be done.

Concurrently, the public school establishment pushes the false narrative of equality, even though there’s nothing equal about education, apart from one’s lawful equal access to a Free and Appropriate Education (FAPE) as prescribed by statute, whatever the FAPE may be. Ironically, the current education system provides anything but equal access. Instead, the public school establishment changes the narrative from “equal access,” as specified in our statutes, to “equal outcome.” Do the two narratives mean the same thing? No! Equal access is possible, but equal outcome is impossible.

Does your hair hurt? It’s supposed to. By now most of the electorate is saying to itself, “Enough already, just make sure my kids can go to school tomorrow because I have to go to work in the morning.” The education establishment (public and private) goes on its way. Academic performance continues to decline because the lowest common denominator is the only result possible with “equal outcome” pedagogy, and costs continue to increase because the education monopoly allows no alternatives or competition.

So, what’s the answer? I always reply, “School choice vouchers.” But I see now that the term “school choice” is a confusing and stigmatized misnomer, gamed by the education establishment on both sides. It has us falling into the good cop, bad cop ruse. This debate should have less to do with choosing a school and more to do with parents choosing a personal education plan for their children.

A personal education plan can include a single traditional public school setting, a private school setting, an à la carte education program set up with academic credits or some combination thereof (much the same way college students set up their classes in their chosen college major). And parents should be provided a scholarship to pay for their children’s personal education plan program in an amount the statewide voting electorate deems reasonable (similar to the way Pell Grants are used to pay college tuition).

Why statewide? Well, we have the Brigham vs. State of Vermont decision with which to contend, and if Vermont’s electorate believes subsidizing its children’s education is reasonable, from whatever the funding source, it should provide equal access by way of equal dollars. The existing financing system (the statewide property tax) does a pretty good job — except that access is currently restricted to a monopoly that assigns exclusive participation to certain approved private and traditional public schools at exorbitant, uncompetitive costs.

Will education costs continue to increase with personal education plan scholarships? Will academic performance continue to languish? Not likely. Putting control of a personal education plan in the hands of the parents insures that the program that best meets the needs of each child will be chosen and the education establishment (public and private) will have to contend with satisfying its market by providing the best services it can for the least cost. The us versus them perspective, private versus public and regional versus local control of contract negotiations and curricula, is removed from the political arena. The statewide electorate simply decides how much it’s willing to spend on a per student, per program or per credit basis, and the chips fall where they may.

How do we actually do this? Existing Vermont statute already specifies a methodology for secondary school classes (grades seven through 12):

16 V.S.A. § 822 (c)(1) A school district may both maintain a high school and furnish high school education by paying tuition:
(A) to a public school as in the judgment of the school board may best serve the interests of the students; or
(B) to an approved independent school or an independent school meeting education quality standards if the school board judges that a student has unique educational needs that cannot be served within the district or at a nearby public school.
(2) The judgment of the board shall be final in regard to the institution the students may attend at public cost.

Simply assign this statutory language to all grades, pre-K through grade 12. The point is that all students have “unique educational needs” and it’s time we accommodated individual students for a change, not the false choice between certain schools, public or private.

10 thoughts on “A Debate for Vermont: Is ‘public vs. private school’ a false dichotomy?”