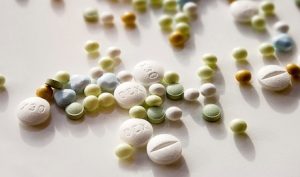 A 2016 report-card study revealed that Colorado, Maine and New Hampshire were the only states to receive an “A” grade when it came to price transparency laws. Vermont, however, received only a “C” grade.

While Vermont made an early, pioneering bid to make health care costs more transparent via its VHCURES and Health Care Price Transparency database, how has it fared in the wake of the state of Colorado’s big leap forward in transparency this year?

In 2017, the state of Colorado began legislating health-care transparency measures with medical providers being required to post the costs of various procedures and services. As of Jan. 1 of this year, Colorado hospitals were required by law to publish prices of their most common medical procedures.

In the case of Vermont’s progress on health-care costs transparency, data sourcing is as limited as it is revealing.

A 2016 report-card study published by Catalyst for Payment Reform and the Health Care Incentives Improvement Institute revealed that Colorado, Maine and New Hampshire were the only states to receive an “A” grade when it came to price transparency laws. Vermont, however, received only a “C” grade that year. (And 43 states earned an “F” grade.) In the following year’s report card study by Altarum’s Center for Payment Innovation (formerly the Health Care Incentives Improvement Institute), Vermont was still getting a “C” grade in transparency.

According to the Montpelier-based Vermonters for Health Care Freedom (VHCF), a non-profit organization supporting health care reforms, the Green Mountain State hasn’t done too badly, but it has more to do in the way of free market reform of health care.

Vermont has been an innovator and leader, which is both good and bad, according to VHCF Executive Director Meg Hansen. And since few health care advocacy groups ever look at the transparency issue from a free-market perspective, VCHF has a offered an unique analysis of the issue.

“On the good side, tthere’s Act 165, the nation’s first drug transparency law which enables the Green Mountain Care Board to identify drugs that the state is spending money on and to find the wholesale pricing,” Hansen said. “But you have to do more that just present price data. Consumers need other parameters to go with it, such as the quality of care, the finance side (comparing prices between providers and insurance plans), and of course patient rights. It has to be presented in an up-to-date, patient friendly online package, not like (the) Vermont Health Connect (fiasco).”

In the case of reimporting prescription drugs into Vermont, a newly passed yet potentially illegal initiative in Vermont, Hansen and VCHF members see this kind of  reform effort as bad — it’s neither free-market based nor without risks.

Last year, the Green Mountain Care Board published a list of up to 15 prescription drugs which the state spends significant health care dollars on, with the assumption that reimportation could, hypothetically, benefit the state and consumers.

“The Vermont legislature, by approving the reimportation of U.S. prescription drugs from Canada, passed an illegal measure; it will not lower drug prices as promised,” Hansen told TNR. “In fact, it will subject Vermonters to public-health risks as well as new taxes to defray what will be an inevitable federal lawsuit.”

On the health-risk side, Hansen noted that other drug reimportation schemes have ended badly with “counterfeit drug operations peddling expired, subpotent, contaminated, or counterfeit products.”

She also warns that with reimportation, Canadian doctors will be left with reduced amounts of the drugs they need; thus, they will prioritize the stocks for their own patients, not for Vermonters looking for savings.

That’s why, according Hansen’s reckoning, the ugly part of the Vermont plan (in tandem with similar plans elsewhere) will end up inflating U.S. drug prices in order to generate the big revenues required for medical research and development.

The state has failed in asking drug makers to reveal confidential drug pricing and marketing data which, by law, they do not have to provide, she noted.

“Things are opaque in Vermont as well as nationally,” according to Hansen. “The state can’t have an iron hand (with asking drug makers for their private data). That’s not happening. So, it’s not about demonizing anyone. Things have evolved the way they are. And now we have a whole class of pharmacy benefit managers, or PBMs.”

“PBMs negotiate on behalf of insurance companies, pharmacies, and other parties to negotiate prices behind closed doors. We never know what’s going on. That’s a continuing obstacle. That’s why I am curious to see what will happen on the federal level (under Trump),” Hansen added.

On other transparency matters, VHCF’s Hansen said VHCURE, Vermont’s all-payer claims database managed by the Green Mountain Care Board, represents an attempt to list drug pricing information, but it needs to provide a lot more for the patient, that is, in providing information presented in context with other clarifying parameters such as: Finance-what are the prices patients are being charged and the prices health insurers/payers are being charged? Governance-what about Freedom of Information legislation, patient rights, procurement processes and decision-making? Personal healthcare data-How do we safeguard both patient data privacy and policy Information regarding the use of patient data? And Communication-when it comes to healthcare data, VHCURE doesn’t deliver an accessible data portal with up-to-date information with easy comparisons of providers and services.

“The Vermont website doesn’t work and it got a poor grade as a result,” Hanson said. “…Forcing the collection of patient information is not good. The state government insisted on big data collection for the alleged purpose of health transparency reform via the website, but (it) attempted to do so by violating the privacy rights of citizens. I raise the issue of big data versus legal considerations surrounding healthcare pricing transparency; (this is) the most important… balancing patient privacy interests against the state’s interests in healthcare reform.”

Hansen said that on an individual level, when you consider all the paperwork and the industry bureaucracy, you can see why some call health care “a right.” But is it?

“(In the end) health care is an industry with products and services, with a profit drive,” she said.