Montpelier, Vt. – Governor Phil Scott on Thursday announced the appointments of a chair and two members to the Green Mountain Care Board. Owen Foster, of Jericho has been appointed chair, and Dr. David Murman, of Waterbury, and Robin Lunge, of Berlin, will serve as members on the five-member board.

“The impact of the pandemic and inflation that followed significantly affected our nation’s health care system,” said Governor Scott. “Stabilizing and modernizing the delivery system, prioritizing prevention and healthier lifestyles, and ensuring equitable access to care are essential steps toward making sure health care costs are not growing faster than Vermonters’ ability to pay. The road ahead will not be easy, and the challenges facing the health care system will be difficult to solve, but I’m thankful that Owen, Robin, and David are willing to serve on the board and join in the work address these issues.” 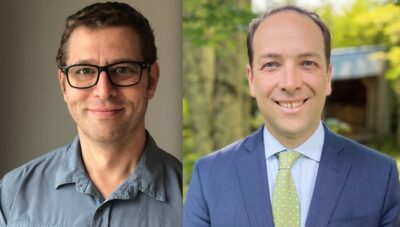 “I am grateful to the nominating committee and Governor Scott for the opportunity to serve the great state of Vermont,” said Foster. “Our health care system is at a critical juncture, and we are facing serious challenges. I am looking forward to joining the talented team at the Green Mountain Care Board and working with all stakeholders to ensure Vermonters have equitable and timely access to high quality and affordable care.”

Since 2014, Foster has served as an assistant United States attorney in the United States Attorney’s Office for the District of Vermont, where he is the healthcare fraud coordinator and the ethics officer. Foster was lead prosecutor on cases that have resulted in the largest recoveries in Vermont history, including the Government’s pioneering healthcare fraud actions against electronic medical record companies eClinicalWorks, Inc., Greenway Health, LLC, and Practice Fusion, Inc.

Foster was also responsible for the United States Attorney’s criminal investigation and prosecution of Purdue Pharma. Prior to joining the United States Attorney’s Office, he was a securities litigation associate for seven years in the Boston office of the international law firm Dechert, LLP. In 2014, he was awarded the National Law Journal’s Boston “Rising Star” award recognizing the region’s top 40 attorneys under 40 years of age. His health care fraud prosecutions have twice been awarded the Department of Justice’s prestigious Director’s Award for Superior Performance.

Foster was born and raised in Middlebury, Vermont and graduated from the University of Vermont in 2001, and from Columbia Law School in 2007.

Foster replaces former chair Kevin Mullin, who retired last month. He will begin effective October 1, for a term expiring in 2024.

“As an emergency physician, I experience a day-to-day snapshot of much of the regional health care system. From primary care and nursing home challenges to mental health and regional transfer capabilities, I see these struggles and successes daily,” said Murman. “I will bring frontline and real time information on the challenges patients have in accessing and navigating our health care system. I am honored to be able to add this perspective to the challenging and great work that the GMCB does to improve health care access, affordability, and quality in Vermont.”

He received a B.S. in psychology and his Doctor of Medicine from Tufts University. Before attending medical school, Murman worked in non-profit education/intervention programs for underserved youth, cardiac surgery clinical research, and public health research in Botswana.

Merman’s appointment will be effective October 1, for a term expiring September 30, 2028. 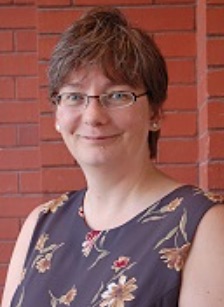 Lunge has served on the Board since 2016. Prior to joining the Board, she served as the State’s Director of Health Care Reform under Governor Peter Shumlin. Her past experience includes working as a staff attorney at Vermont Legislative Council, where she drafted legislation and provided support to members of the Vermont Legislature relating to health and human services matters, and at the Center on Budget and Policy Priorities in Washington D.C. as a senior policy analyst on public benefits issues.

Lunge holds a B.A. from the University of California Santa Cruz, a J.D. from Cornell Law School, and a Master of Health Care Delivery Science from Dartmouth College.

Lunge’s appointment will be effective October 1, for a term expiring September 30, 2023.

Jessica Holmes, who has served as interim chair since August, will return to her role as a member of the Board, for a term expiring September 30, 2026.

Per statute, the Governor appoints members to the Board from a list of candidates submitted by the Green Mountain Care Board Nominating Committee.

Image courtesy of Office of the Governor