Burlington’s 23rd gunfire incident of the year occurred over the holiday weekend shortly after midnight on Sunday morning — it was the city’s third homicide, right in City Hall Park.

“The manner of this homicide was gunfire,” a Burlington Police Department statement released Sunday reported. “It currently appears that the suspect directly and specifically targeted the victim. The victim was struck in the head.

“This is the 23rd gunfire incident that the Burlington Police Department has recorded in 2022, the 12th incident in which a bullet struck a person, and the third homicide.”

Later in the day the victim was announced to be Bryan C. Rogers II, 32, of Philadelphia. 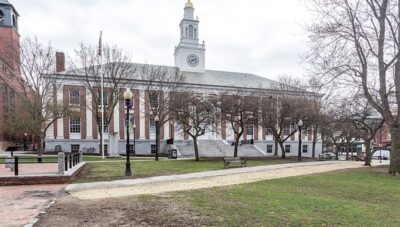 RIGHT OUTSIDE THEIR DOOR: The city of Burlington has had another shooting, this one right near City Hall, where policies are made that affect the ability of police to protect residents.

On Wednesday Police arrested Christopher Crawford, 42, of New Jersey in connection with the murder. Another man, Joseph Craig, 59, of St. Albans, also was arrested and has been charged with being an accessory to the crime.

As gun crime continues to skyrocket in the Queen City, there are signs that local residents are getting fed up — and are calling for a strong police response. An organization called Keep Vermont Safe is hosting a public workshop 6-8 p.m. Friday at Burlington City Hall to address violent crime.

The event will have a panel of speakers that includes Michael Hall, executive director of the Vermont Police Coalition; Brady Toensing, former senior counsel with the United States Department of Justice; and Christina Nolan, former United States Attorney for the District of Vermont. Ericka Redic, a Burlington resident and Libertarian Party candidate for U.S. House, will be moderating the panel.

“Since voting to defund the police in 2020, Burlington, Vermont has seen an increase in burglaries, vehicle thefts, coordinated retail theft groups, increased drug crimes and gun fire incidents in the city,” a press release for the event states.

Cities nationwide are struggling with rising crime rates following the Democrat-led “defund the police” movement. Acting Burlington Police Chief Jon Murad has pinned to the top of his Twitter feed a comment he made a year ago: namely, that the staffing shortage means local police may not be able to keep the city safe.

“The reason police exist is to keep people safe by preventing and responding to crime and disorder with and for our neighbors,” Murad said. “But the disorder part may have to take a back seat when staffing is low and incident volume is high.”https://t.co/b6P6VjCNmz