I have always believed that women have the right to abort in the first three months of pregnancy.  I have believed this even as my own moral views have become more pro-life over the years. Why? Because we live in a society that believes in personal liberty and that values restraint when it comes to interfering with another person’s decisions, however much we may disagree with them. 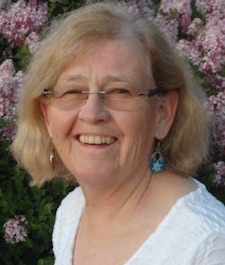 But a difficulty arises when one person’s liberty conflicts with that of another — the key issue behind Prop 5/Article 22. By the third trimester (at least) it is impossible not to see that a fetus is a separate human being from the mother who is carrying her. Even Roe v. Wade acknowledged that beyond the first three months the state had both the right and obligation to regulate abortion to protect both mother and child.

Women have been wounded culturally and sometimes physically, and it is understandable that we want to reclaim our own bodies. But as birth givers, we are also the natural defenders of the bodies of our unborn children. In our pain we have pitted autonomy against compassion. A compassionate society does not legitimize the destruction of a child in the ninth month of gestation as Prop 5/Article 22 most certainly would do.

So I will be a “no” vote in November, and I hope that the legislature can come up with something more specific and more inclusive in the future.

Carol Frenier holds an MA in Feminist Film from Goddard College and is the author of Business and the Feminine Principle: The Untapped Resource.