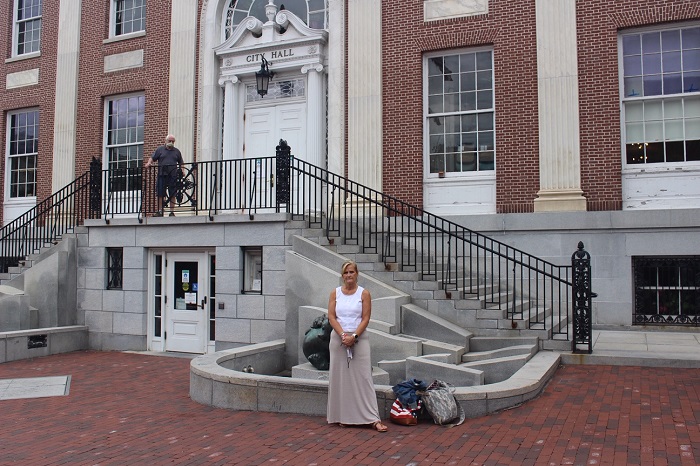 BURLINGTON — The recount of the Chittenden County Senate primary election between June Heston and incumbent Progressive-Democrat Sen. Chris Pearson has wrapped up, and Heston is still 28 votes shy of an upset.

Both candidates’ totals changed since the primary election night in August, when Heston came 45 votes short.

Chittenden Superior Court Judge Helen Toor affirmed that Pearson gained 46 votes for a tally of 11,810, and Heston gained 63 to reach 11,782.

Pearson moves ahead to the November general election, where he will compete against two Republicans and six Democrats for six Chittenden County Senate seats.

Heston told True North that she is still positive about the experience, despite her loss.

“When we went through the towns, sometimes they went up, sometimes they went down by just a little bit. There was one in particular that went up a lot,” she said. “Overall, I gained about 63 votes and he gained 46, so it didn’t lessen the gap as much as it needed to win. But I still feel like we did what we needed to do to ensure the accuracy of the election and I think we have a lot to be proud of.”

Heston said it’s hard to say what accounted for the new results.

She said an example of a spoiled ballot might be if somebody voted for someone and then put an X through it because they didn’t want that vote and then they voted for six others —  that would be considered an overvote.

“In this recount, they would look at that and look at the voter intent and say ‘well they did not intend to vote for this one and so it’s an overvote,'” she said. ” … It’s a very thorough process.”

Heston said one issue she thinks voters need to keep an eye on over the next few years is the reapportionment of the voter district. After years of complaints that Chittenden County has too much representation with its six seats in the State Senate, it’s now going to be reconfigured. But what it will finally look like is still not settled.

“That will be important for all the voters in Chittenden County,” she said. “There will no longer be a six-seat district; it will be multiple districts, [but] it hasn’t yet been determined how.”

While she won’t be in the statehouse the next two years, she said rebuilding the economy after the economic shutdown is going to be a number-one priority for those who will be there.

“With less money coming in and more need, that will need to be the focus of the legislature,” she said.

Some town clerks and election watchers have been vocal about concerns about election security regarding increased mail-in voting this year due to the coronavirus. That includes a plan to by Secretary of State Jim Condos to have mail-in ballots sent to every registered voter in the state.  Heston said checking the envelopes and the signatures on them for mail-in ballots was not a part of her recount.

She added there would be no way to connect the ballot to the envelope it came in.

Heston lost her husband two years ago due to conditions he sustained during three tours in Afghanistan. She mentioned his exposure to burn pits was the main culprit. She said she’s worked on legislation in Vermont and she’s working on more at the federal level to improve health care and benefits for veterans.

Pearson has been one of the more progressive legislators over the years, and he takes pride in his endorsement by Sen. Bernie Sanders, I-Vt.

Thank you Bernie, it's a pleasure being your (state) Senator!! https://t.co/7IbbeUAD16