The House passed the measure by a 130-16 vote on Thursday afternoon. The Senate passed it almost unanimously on Friday; Sen. Russ Ingalls, R-Essex/Orleans, offered the lone voice of dissent. Neither chamber took a roll call vote.

In all, 163 Vermont lawmakers took a stand in opposition to Trump supporters by seeking the president’s impeachment or removal under the 25th Amendment. The members drafted the language following Wednesday’s tragic events at the U.S. Capitol, in which a rogue mob vandalized the building while hundreds of thousands of Trump supporters marched peacefully in the “Save America” rally at the National Mall and in front of the Capitol. 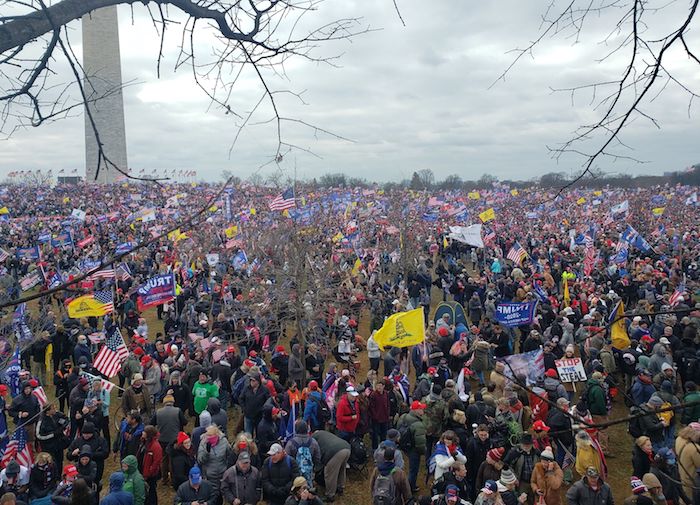 Trump supporters at the “Save America” rally on Jan. 6.

The president has maintained a strong 48% approval rating through Friday despite recent events. According to 2020 election results, 112,704 Vermont voters, or 30.3 percent, backed Trump in the general election.

Instead of focusing blame on individuals who committed criminal acts of vandalism, U.S. House Democrats plan to move forward with impeachment proceedings this week against President Trump. The president explicitly urged peaceful protest during his Wednesday speech at The Ellipse park, but political opponents accuse him of “inciting” riots and causing an “insurrection” against the United States government. 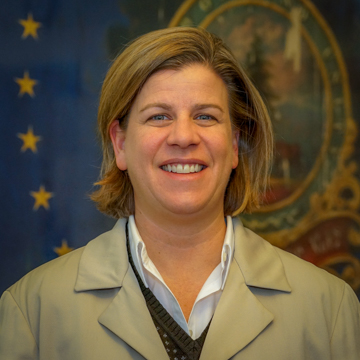 Vermont state Rep. Heidi Scheuermann, R-Stowe, a co-sponsor of J.R.H.1 along with Rep. Laura Sibilia, I-Dover, says she thought a resolution was necessary after watching the storming of the U.S. Capitol.

“We thought it was important given what was happening, what was transpiring down there,” she said. ” … The rioters and what they were doing was appalling. I was ashamed and I was immensely saddened.”

“My question during that [GOP] caucus was, it hadn’t even been, well really, even hours,” she said. “They started coming up with the idea of the resolution within hours of seeing what happened. I didn’t think I had enough information to make an informed decision about who really got into the Capitol.”

Rep. Lisa Hango, R-Berkshire, told TNR she has been hearing from constituents about Vermont’s problems, not the events in Washington.

Hango added that she thought the legislation was out of step with Vermonters’ needs, and was causing division.

“I feel like I was elected to not legislate national politics but to serve the people who elected me in my district and help them with their daily needs,” she said. ” … I feel like this is dividing Vermonters at a time when we need to be working together.”

Other Republicans, including Rep. Carl Rosenquist, R-Georgia, spoke against the resolution during a GOP caucus meeting Thursday.

“It just goes over the top for me and I just cannot do it,” he said. “I’ve had the same problem on some other resolutions in the past.”

Rep. Brian Smith, R-Derby, called the resolution a “knee-jerk reaction,” and said “we’re condemning a hundred thousand people for the actions of a hundred.”

Rep. Lynn Bachelor, R-Derby, said it was hypocritical to have a resolution for this violence but not for left-wing violence taking place in cities across America. “It’s not much different than what happened in Oregon and Seattle … and so forth, which nobody said a word about. No fuss, no nothing, nobody was up in arms,” she said.

Rep. Mark Higley, R-Lowell, said he was bothered by political resolutions in the past and was “not willing to sign on to their political agenda.”

Rep. Thomas Terenzini, R-Rutland Town, at the time the House voted, offered comment and said he voted against the measure.

Rep. Woodman Page, R-Newport, said he would vote for it, but added, “I think this legislation adds for fuel to the flames of divisiveness within our General Assembly and between our citizens of our state.”

In at least one instance, the push to get public officials to blame Trump for the actions of rioters involved threats. Rep. Pat Brennan, R-Colchester, told colleagues Thursday that a caller left him a threatening message saying he would never work again if he did not publicly denounce Trump.

At least 51 Vermonters attended the “Save America” rally after taking a bus ride together to the nation’s capital. None of the group’s members participated in the riot, however, according to a detailed account of events given by Ron Lawrence, chair of the Essex Republicans.

Bus trip co-organizer Ellie Martin of Underhill, who has received criticism for the trip on social media and elsewhere, said she’s “sticking with our President and the millions of people who traveled to DC for the sole purpose of supporting our President and exhibiting our love for God and country.”

“We did nothing wrong or broke no laws being on the bus to DC. We stand firm for our Constitutional rights as FREE US CITIZENS,” Martin wrote.