A new House bill would create a 21-member council that would make a plan for Vermont to grow the majority of its food within five years.

The newly created Council on the Economic Future of Vermont would also plan to strengthen rural infrastructure, increase Vermont household income to the top fifth in the nation, and address and prevent adverse childhood experiences. 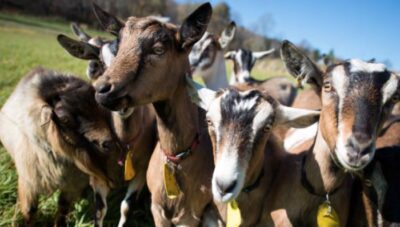 Food manufacturing, the second-largest manufacturing industry in Vermont, accounts for $3 billion (26.5%) of food system economic output. Over 64,000 Vermonters are directly employed by over 11,500 farms and food-related businesses

H.57, the Vermont Economic Solutions Act, is sponsored by Rep. John Gannon, D-Wilmington, vice-chair of the Government Operations Committee, and Dave Yacovone, D-Morristown, a member of House Appropriations. It is scheduled to be introduced soon.

The council would have 21 members, with 11 members appointed by the Administration, five by the House, and five by the Senate, and will meet monthly through January 2022. The bill provides funding to the Joint Fiscal Office for a contract to staff the work and manage performance and for per diem compensation for non-administration members. The council would deliver its economic development plan to the General Assembly on or before Jan. 15, 2022 for consideration and approval.

In 2017, about 14% of food sold in Vermont reportedly was grown in Vermont. Instate food production has been on the increase in recent decades, according to a 2020 report by the Vermont Agency of Agriculture: “From 2007 to 2017 (the last year this data was available) Vermont food system economic output expanded 48%, from $7.5 billion to $11.3 billion. Food manufacturing, the second-largest manufacturing industry in Vermont, accounts for $3 billion (26.5%) of this economic output. Over 64,000 Vermonters are directly employed by over 11,500 farms and food-related businesses. From 2009 to 2018, net new food system employment increased by 6,529 jobs (11.2%).”