By Anthony B. Kim | The Daily Signal

Vice President Mike Pence last week powerfully described the stark choice facing America as it recovers from the effects of the coronavirus.

In a speech, Pence said: “Before us are two paths: one based on the dignity of every individual, and the other on the growing control of the state. Our road leads to greater freedom and opportunity. Their road leads to socialism and decline.”

In times of crisis, it is natural that people will look to the government for answers. Yet the damage to our society and our economy from new government controls and regulations will be real. 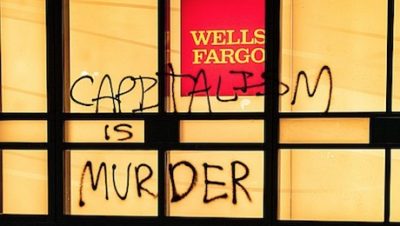 Adherents of “socialism” typically claim to want something different, specifically a large, cradle-to-grave welfare state. Often forgotten or ignored is that such a welfare state must be financed, and that resources only will be available if the economic system is functioning efficiently and with a high degree of productivity. Government control is typically the enemy of both.

2020 has become a critical year in the history of the United States, with the nation polarized and divided on a number of issues.  In almost every case, however, the political divide rests squarely on the extent to which we want, or will accept, government direction or control.

According to Merriam-Webster, socialism is “any of various economic and political theories advocating collective or governmental ownership and administration of the means of production and distribution of goods.”

Yet the adherents of “socialism” typically claim to want something different, specifically a large, cradle-to-grave welfare state. Often forgotten or ignored is that such a welfare state must be financed, and that resources only will be available if the economic system is functioning efficiently and with a high degree of productivity. Government control is typically the enemy of both.

As a matter of fact, history unmistakably shows that “power for the ruling class” in any of its forms never has really worked anywhere. Everywhere it has been tried, socialism has done harm. It’s a cautionary tale that should be taught to every new generation.

Socialism is a failed economic and social arrangement. In many cases, socialists have ended up being forced to adopt capitalist measures for their survival.

Free-market capitalism does not, of course, guarantee happiness and success. However, it does enable the quest for them. It is this freedom to pursue a self-determined, better life that brings real meaning to the lives of individuals and collective benefits to our society.

Arguing forcefully that America must never become a socialist country, Pence said in his July 17 speech:

As Kay C. James, president of The Heritage Foundation, noted last year in a commentary: “We who cherish freedom must take on the false prophets of socialism and spread the truth that limited government, free markets, and a nation based on the rule of law are the surest ways to ensure freedom, prosperity, and opportunity for all.”

Those are words of wisdom for those who will listen.

The deceptively false glamour of socialism is a mirage that each new generation will be tempted to run toward — unless they are told the truth about socialism’s true legacy.