This commentary is by Wendy Wilton of Milton, who served as a former state senator and executive director of the U.S. Farm Service Agency in Vermont.

Vermont boasts the oldest school choice system in the country — and the simplest. Begun in 1869, Vermont’s school choice system provides that any Vermont school-aged child who lives in a district without a government school can attend any accredited school in the world, and Vermont will pay tuition in an amount set by the Vermont Agency of Education. Except for Maine, which followed Vermont’s lead four years later in 1873, no other state allowed parents to choose their children’s school for more than a century. 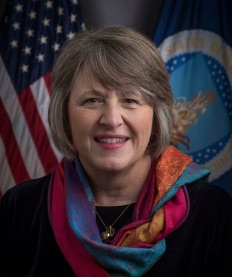 Many states today are following Vermont’s lead and moving toward greater school choice for families, especially after parents have had a firsthand look at public education during the recent pandemic. Ironically Vermont’s ruling class is considering dismantling our unique system of education in order to prevent a few tuition students from selecting religious schools.

Our ruling class objects to the United States Supreme Court’s recent ruling that when there is a government benefit such as Vermont’s tuitioning program, parents must be allowed to use that benefit to pay for religious schooling for their children. The Court reasoned that the First Amendment Free Exercise clause requires that such a benefit cannot be denied to parents who seek to exercise their religious liberty rights by sending their children to a religious school.

Missing from this discussion is any mention of Vermont’s kids and what’s best for them.

Children who are different are often bullied, ignored or punished in government schools. A transgender middle school student was teased and bullied at his public school, and found refuge in a small independent school that treated him with respect and dignity. A wheel-chair-bound boy, who was considered a nuisance at his public school, blossomed at an independent school, where he was welcomed and treated like a full member of the community. A young girl with a speech delay was punished at her public school because she defended herself from a bully who teased her about her speech, and threatened to kill her dog. Because her parents cannot afford to pay for an independent school, she continues to suffer.

These are all true stories outlined in a lawsuit filed by parents who want the benefit of school choice for their children. Except for the lucky few who live in a school choice town, Vermont has become an educational monopoly. As with any monopoly, it has become rigid, doctrinaire, and bigoted as the objection to free exercise of religion in the tuition program demonstrates. Recently, students were punished by chanting “Let’s Go Brandon” at a high school game at Randolph Union High School, and in another school, a school cook was fired for writing “Let’s Go Brandon” on a school menu. Two years ago, a school principal was fired because she commented on the flying of a Black Lives Matter flag. Diversity of opinion is not allowed in Vermont government schools.

According to the Vermont Historical Society, during the 19th century Vermont’s educational diversity resulted a system that was “active with change and alive with the spirit which makes education … one of the most vital of human experiences.” The system “reflected the conviction of a free and independent people, that education was a fundamental right; that the welfare of the individual student was their greatest obligation; that the purpose of the school was not to repress, examine or standardize youth … but to give him enlightenment, understanding and fellowship, to aid him in the development of his own personality and innate abilities.” (Proceedings of the Vermont Historical Society, 1936, Vol IV, No. 3., at 118.)

That spirit of diversity, of treating each child as an individual personality with talents that are celebrated and cultivated, should return to Vermont’s educational system. Let us again be the country’s leader in educational diversity — and not move to a total government monopoly which increasingly seeks to “standardize” children and serves, not the kids, but the ideology of the ruling class.