WHAT’S IT REALLY WORTH?: Should this outlet center be assessed at $2 million or $1.3 million? For tax purposes, town property value assessments matter.

BRATTLEBORO, Vt. — A property valuation lawsuit involving the town and the owner of a popular retail outlet center has provided Vermont taxpayers with a local example of the old Russian proverb, “Trust, but verify.”

When Marcraft Realty Corp., owned by the Zimmerman family, decided to put its 39,000-square-foot Brattleboro Outlet Center up for sale 11 years ago, it had no idea how long it would take to find a buyer, let alone an agreeable selling price.

To compound the problem of this real estate sale in Brattleboro’s depressed local economy, town officials assessed the Outlet Center property at $2,012,170 — more than half a million dollars above what the Zimmermans believed they could expect a buyer to pay for the former women’s handbag factory turned shopping center.

While neither Marcraft Realty nor the firm’s attorney Jean Brewster Giddings of Fitts, Olson & Giddings are bitter about their lawsuit against the town, they uncovered a valuable lesson: Vermont property owners need to do their homework before blindly accepting a municipality’s word on their property’s value. 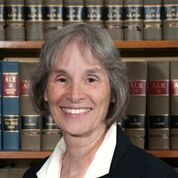 Brattleboro attorney Jean Brewster Giddings: “The town (of Brattleboro) wanted to use the income method to calculate the value of this property, not what an actual willing seller and a willing buyer could work with.”

“The town wanted to use the income method to calculate the value of this property, not what an actual willing seller and a willing buyer could work with,” Giddings told True North Reports.

“The town would not keep the (income) information confidential, so we went through the lister’s grievance process and the Board of Civil Authority process arguing that we had value contracts. The first contract, which unfortunately fell through, was for $1.3 million, and then the next contract was for a little less, but in that ballpark. … It was not worth $2 million, as the town maintained.”

While many national chains are consolidating and leaving small communities such as Brattleboro, the Outlet Center — located at a prime business site along Canal Street at exit 1 off Interstate 91 — maintains a loyal clientele with shoppers regularly visiting the center’s Dress Barn and Carter’s Children Clothing shop, among other stores.

Giddings said the process began with her client’s good sense about the property. The owner had a good idea of what the center’s fair market value was, and it wasn’t matching the value set through some one-size-fits-all government formula.

“The listers and the Board of Civil Authority … [said] the income method is the only way to value the property. I am told that even if we had sold the property back on March 29, they still would not have accepted that [value]; they would have wanted the income method. So, when we saw a $700,000 discrepancy, our only recourse was to file with the court,” she said.

Acting on behalf of Marcraft Realty, Giddings asked the Windham Superior Court, Civil Division to keep the outlet’s rental information strictly confidential. But the town balked. After some haggling, the town’s law firm, Fisher & Fisher Law Offices, agreed to Gidding’s client’s request. Thus, the income details were sealed and not entered into the town’s records.

Next, the parties agreed to two new appraisals to be independently conducted. The idea was to meet on a price somewhere in the middle. “The two appraisals came out within $20,000 of each other … so we compromised at $1,350,000,” Giddings said.

Once an assessment is set by the court, it’s the set value for three years. However, in the case of an outlet center, the property can go up or down if the rental situation changes.

The independent appraisal conducted for the town, and sent to the Brattleboro Selectboard by attorney Michael McGillion of Fisher & Fisher Law Offices, came in much lower than the original $2 million.

“Given that the independent appraisal value was significantly closer to the value Marcraft was arguing for in its appeal, there isn’t much, if any, argument that the town could raise to support a higher value,” McGillion wrote to the Selectboard.

Giddings said Marcraft Realty feels vindicated, although she believes that many commercial properties like the Brattleboro Outlet Center in southern Vermont are being over-assessed by towns.

The settlement raises an important question: How well trained are members of municipal boards of listers and boards of civil authority for assessing local properties?

According to Dean Mudgett, director of communications and marketing for the Vermont League of Cities & Towns, not very much.

“There is no required training for BCA members [in Vermont]. We offer a full-day workshop to our members,” Mudgett told TNR. He added that the League of Cities and Towns can’t comment on the ease or difficulty of any local appeal.

Across the state in Addison County, the town of Middlebury is conducting a town-wide reassessment this summer. Officials there aren’t relying on their own Board of Civil Authority to conduct fair and partial local property appraisals.

She added that it’s not unusual for towns to face dissatisfied business owners and private property owners in the courtroom, especially over disagreements with municipal property assessments. “There have been a few court appeals of assessments in the past,” Ramsay said.

Giddings said the problem may be widespread, especially in southern Vermont, which has been hit hard by a sluggish economy, and consequently, real estate woes.

“There are many commercial properties that are overvalued here. Southern Vermont has not recovered from the great recession in real estate values,” she said, adding that the real market value appears to work better at times than the income method.

“You’d think that if you find a price that a willing seller and a willing buyer can agree on, that fact would trump the formula,” she said.

4 thoughts on “When a municipal property value assessment seems way off, trust but verify”