By Elyssa Koren | The Daily Signal

What do rural women and girls need in order to rise above poverty?

According to UN Women, the United Nations entity in charge of women’s issues, and the powerful countries that support its agenda, the answer is that they need abortion, “comprehensive sexuality education” and reduced parental rights.

These issues formed the crux of the debate at last month’s annual U.N. Commission on the Status of Women. 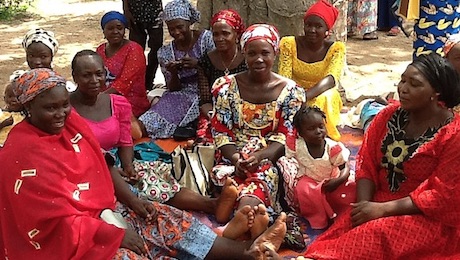 From the perspective of Africa, the Arab world, the Caribbean, parts of Latin America, and many other individual countries, the answer to solving the plight of rural women and girls is giving more attention to poverty eradication and ensuring basic human needs are met, including food, education, employment, and political participation.
Not so for the countries of the developed world.

This commission brings together national representatives with the goal of discussing and agreeing on policies within a certain issue area. The final document the commission produces will land on the desks of government officials around the world who will be expected to implement its provisions—especially if they want to benefit from U.N. financial assistance.

The theme at this year’s gathering was rural women and girls. From the perspective of Africa, the Arab world, the Caribbean, parts of Latin America, and many other individual countries — all who have significant rural populations — the answer to solving the plight of rural women and girls is fairly straightforward: giving more attention to poverty eradication and ensuring basic human needs are met, including food, education, employment, and political participation.

Not so for the countries of the developed world. These countries chose to disregard the regional perspectives of developing countries and instead aggressively imposed controversial ideologies that overtly violate national laws and norms.

In other words, business as usual at the U.N.

It’s common fare at the U.N. for negotiations to lapse into a “West knows best” mentality, with developed countries exerting tremendous pressure as they attempt to instruct developing countries on how best to proceed. The tension is even more apparent when, like this year, the theme centers on a topic of particular relevance to developing countries.

Despite the West’s liberal pretensions and purported commitment to inclusion and diversity, it is clear that persistent strains of colonialism are still alive and well. With the clear exception of the United States — which stood as an ally to developing nations throughout the negotiations — the European Union, Canada, Australia, and many other nations sought to force an ideological agenda on the developing world.

It’s 1 a.m. on the final night of negotiations. Over the course of the last four weeks, representatives from developing countries have consistently called for the removal of controversial language from the document—namely, “comprehensive sexuality education.” They argue that in their countries, children are to be taught about sex, not “sexuality,” and that all education is subject to parental guidance and direction, in line with the Convention on the Rights of the Child and other treaties.

Western nations counter with increasingly radical proposals, calling for the elimination of parental guidance and choosing to center only on the “right” of the child to sexuality education, free from parental oversight.

It’s now past 2 a.m., and as negotiations reach a standstill, the European Union grows more belligerent, signaling a “take it or leave it” attitude. They simply cannot live with a document that includes a reference to parental guidance—yet the majority of member states are persistent.

Their resistance is met with increased pressure. Tensions grow and the mood in the room becomes hostile, with U.N. representatives and their Western allies attempting to coerce delegates into abandoning their government’s position.

Eventually, the countries settle on a proposal at 3 a.m. that leaves sufficient room for parental oversight.

The U.N. was formed on the principle of consensus, yet these deliberations make a mockery of that concept. They reflect the increasing tyranny of U.N. processes, and the uphill battle that developing countries must fight to defend their own nations’ positions.

Tragically, these nations are forced to spend a great deal of time, money, and effort to resist cultural imperialism when the U.N. could be working with them to address urgent problems like poverty and threats to human life.

In India, for example, sex-selective abortion is a crucial issue that impacts millions of women and girls, predominantly in rural areas. According to the Vanishing Girls campaign, every month 50,000 girls are killed before they are born, often for the simple fact that they are not boys.

Mothers face significant pressure to have abortions. Child marriages are rampant. Women are bought and sold. Domestic violence is rife. These are real issues that merit the attention of the international community—far more so than the tone-deaf ideologies of the West.

Thankfully, the commission’s outcome document was an overall win for developing countries, as all language on controversial issues was accompanied by strict caveats. Western nations were ultimately unable to significantly advance their “progressive” ideas.

But such fights are bound to recur in the future so long as developed Western nations look down on their developing counterparts. Let’s hope the U.N. can return to its true and original commitment of seeking consensus rather than cultural coercion.