Vermont Congressman Peter Welch will not support an investigation into alleged 2020 General Election electoral fraud, either before or after Inauguration Day on Jan. 20 he said at a Montpelier press conference Tuesday.

Rep. Welch, a Democrat, and Vermont’s lone congressman since his election in 2006, attended Gov. Phil Scott’s Tuesday press briefing to provide information on Vermont’s share of the $900 stimulus package approved by Congress and as yet unsigned by Pres. Donald Trump.

Vermont Daily asked Rep. Welch (at two hours, 25 minutes on ORCA video): “Congressman Welch – If – and I know it’s a big if – you were persuaded either before or after Inauguration Day that the 2020 general election was a victim of significant electoral fraud, would you call for and support a House investigation?” 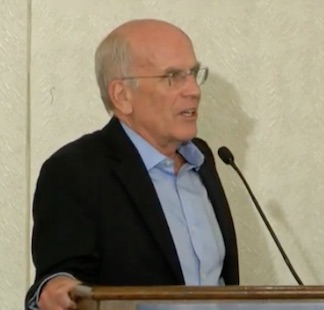 Rep. Welch replied: “There is no basis for that. We just saw Attorney General Barr, the appointee of President Trump, state that he would not appoint a special prosecutor. Because there was absolutely no evidence to support the allegation that there was any significant electoral fraud. It’s not there. So the answer is no. We’ve got to move on. We’ve got a president-elect, the people have spoken, and we’ve got work to do.”

At least 19 of Welch’s colleagues in the U.S. House disagree. Rep. Mo Brooks (R-Alabama) and 18 other representatives have petitioned Majority Leader Sen. Mitch McConnell (R-Kentucky) and Speaker of the House Nancy Pelosi (D-California) and other leaders of Congress to hold extensive evidentiary hearings into allegations of 2020 general election electoral fraud as soon as possible.

WHAT HAPPENS JANUARY 6? – Rep. Welch, and every other member of Congress, will meet Jan. 6 to count the electoral college votes and, if either candidate receives 270 votes, validate the election. According to the National Constitution Center describes the process: “A joint meeting of Congress is required by the 12th Amendment to count the electoral votes and declare the winners of the presidential election. The session on Jan. 6 starts at 1 p.m….if there are objections at that meeting, a formerly obscure law will be consulted to settle disputes about electors.”

At least two members of the House have said they will object to the validation, due to concerns about electoral fraud: Matt Gaetz (R-Florida) and Brooks. Sen. Tommy Tuberville of Alabama has said he will raise the objection in the Senate, according to the Washington Examiner.

Here’s how the voting process works, according to the Congressional Research Service: “Objections to individual state returns must be made in writing by at least one Member each of the Senate and House of Representatives. If an objection meets these requirements, the joint session recesses and the two houses separate and debate the question in their respective chambers for a maximum of two hours. The two houses then vote separately to accept or reject the objection. They then reassemble in joint session, and announce the results of their respective votes. An objection to a state’s electoral vote must be approved by both houses in order for any contested votes to be excluded.”

Dec. 15, Senate leader McConnell reportedly discouraged the electoral college protest on a conference call with other Republicans. An anonymous “well-connected Republican” explained GOP fear of electoral blowback in a Dec. 21 report in The Hill: “The outcome of any floor fight will be the same outcome as the Electoral College vote and all of those court cases the campaign has already lost, so it’s smarter to look forward to 2022 and the Georgia runoff and other races we can win, rather than races that we can’t.”

There is recent historical precedent for Congressional objection to the electoral college results. The Congressional Record of Jan. 6, 2001 shows organized Democratic protest in a joint meeting of Senate and House to confirm the electoral votes for the 2000 general election in which George Bush narrowly defeated Al Gore.

This statement by Rep. Maxine Waters (D-California) is recorded on page 2:  “Mr. Speaker, I believe these electoral votes to be illegitimate and unrepresentative of the true popular vote in Florida. Vice President GORE is leading in popular votes in excess of 500,000 votes in this country, and all of Florida’s vote recounts are not yet tabulated. The recounts will document that GORE won Florida, despite voter fraud, despite voter intimidation, despite the butterfly ballots, despite the criminal recording of ID numbers on absentee ballots. History will record what really took place in this election.”

Many more pages of similar claims were recorded before the vote that confirmed George Bush as the elected president.

Is Rep. Welch Correct in Saying Fraud is ‘Not There’? – As cited by Welch above, Attorney General William Barr did indeed tell the Associated Press Dec. 1 that “to date, we have not seen fraud on a scale that could have effected a different outcome in the election.” However, a report published Dec. 17 by Director of the Office of Trade and Manufacturing Policy Peter Navarro entitled “The Immaculate Deception” offers evidence to dispute that claim.

The graphic below from “Immaculate Deception” outlines Navarros’ claim that irregularities and/or fraud significant enough to overturn the election exist in six key ‘battleground’ states.

42 thoughts on “Welch on electoral fraud investigation: ‘The answer is no’”