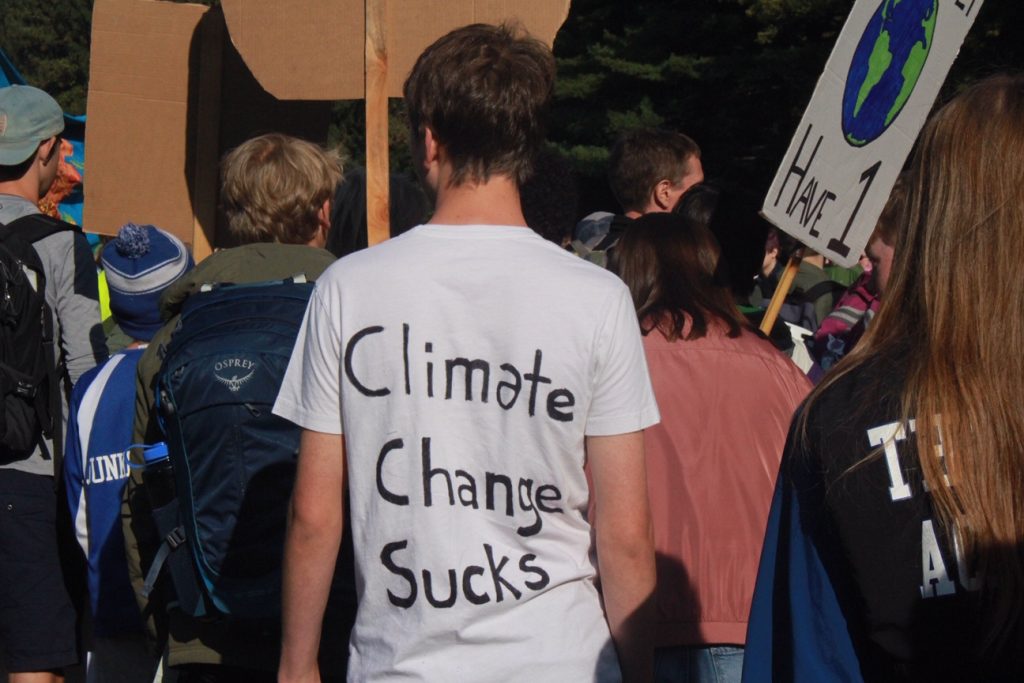 CLIMATE CHANGE MOVEMENT: A young activist expresses his feelings about the climate.

A recent study by the University of Vermont continues the narrative that the world faces dire climate consequences if our lifestyles aren’t dramatically altered.

The Vermont Climate Assessment 2020 argues that Vermont will become a warmer and wetter region, according to a report by the University of Vermont Gund Institute.

Joshua Faulkner, of UVM’s College of Agriculture and Life Sciences, co-leads the project. He thinks that Vermont’s apple tree farms are at risk. He says warmer temperatures make the blooms occur earlier, which can be a boost for farmers but it can also increase the risk of frost damage during late cold spells.

The report suggests that extreme events such as droughts are going to impact the economy — as well as forests, health, water, agriculture, transportation and energy.

Gillian Galford is another lead UVM climate scientist for the study. She says that change is needed now. While noting that Vermonters have different views on how to respond to climate change, she says they are generally of the view that it is occurring.

Research shows climate does change and dramatic shifts have been observed through the planet’s four and a half billion-year-old history. According to this report, humans need to adapt our ways this time.

Galford, a researcher at UVM’s Gund Institute for Environment and the Rubenstein School of Environment and Natural Resources, says there’s a need for a framework to explain why certain changes happen, and to have personal stories attached so that the public takes notice.

As an example, she says Rutland is experiencing between 10 and 12 days of extreme precipitation each year, up from just four. That information, she argues, should inform city and state leaders on how to spend tax dollars, such as for infrastructure projects.

The report links to a form for people to share how they think that climate change should be addressed.

Read full story at the University of Vermont Gund Institute.