The chair of the Vermont Republican Party says she will not resign or sign a resolution calling for the impeachment of Donald Trump, but instead will remain aligned with the almost 113,000 Vermont voters who cast ballots for the former president.

Following the Jan. 6 riots at the U.S. Capitol, establishment Republicans in Vermont called on VTGOP Chair Deb Billado to say the former president incited an insurrection and should be removed. Rep. Scott Beck, R-St. Johnsbury, and Kolby LaMarche, chair of the Burlington Republican Party, wrote commentaries criticizing GOP leadership and said Billado should resign if she does not comply with their demands. Sen. Joe Benning, R-Caledonia, wrote a scathing commentary comparing many Trump supporters to “extremists.”

“I will not be doing either,” Billado told True North Reports in an interview Wednesday.

Two weeks ago, the Vermont Legislature voted 130-16 on J.R.H.1, a resolution claiming, without evidence, that Trump incited a violent riot at the U.S. Capitol on Jan. 6. The U.S. House of Representatives impeached Trump days later and charged him with “incitement of insurrection.” 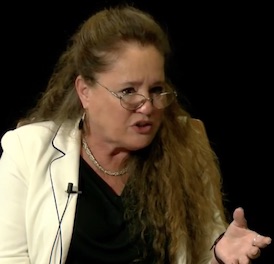 Some Vermont lawmakers, however, refused to rush to judgment or blame the president for the actions of others.

“As you know, 16 or 17 House representatives did not sign it; one senator, Russ Ingalls [R-Essex/Orleans], did not sign it,” Billado told True North. “I’ve been in communication with both sides of the issue for almost two weeks now, and I will not be signing it.”

Since Jan. 6, federal investigators have identified BLM radicals, Antifa, Oath Keeper members and anti-Trump Boogaloo extremists who breached the U.S. Capitol building, in addition to some Trump supporters. Furthermore, in an admission to the Washington Post on Jan. 11, the FBI said top intelligence officials knew about plots against the Capitol days ahead of Jan. 6, effectively debunking the “Trump incitement” narrative.

Billado said many GOP lawmakers who voted for the resolution are starting to have regrets after hearing from their constituents.

“I’ve spoken with several of them that signed that resolution, and they’ve said that if they had to do it over again they would not have signed it. So I don’t know what level of pressure was put on people to sign this resolution,” she said.

Billado has the upper hand. More than 74 million Americans voted for Trump, and 112,704 Vermonters — more than 30 percent of voters in the 2020 election — cast ballots for the former president. All but two of the Vermont GOP county and town committees throughout the state have remained loyal to the former president.

“There was a huge amount of people — more than in 2016 — that voted for the president,” Billado said. “I’m guessing they would probably vote for him again, and it’s not my role as party leader to come … between a handful of legislators and a huge voting block.”

Nevertheless, Beck led the charge calling on Billado to step down. “If you cannot cross these bridges, I think it’s time for you to move on,” Beck told alternative newsweekly Seven Days last week. “ … My goal right now is to get them to resign.”

Billado has repeatedly condemned the violence that occurred at the Capitol, but she also says a full investigation is necessary to identify the rioters and bring them to justice.

“I think that there was an infiltration of people that wanted to do bad things — who’s behind those people we don’t know,” she said. “I think it was premature to jump and call for the resignation since all the data is not in yet. I reserve my opinion until we have more information on what happened. I think there are people that out of their dislike for President Trump were just waiting to attack him.”

Trump’s support remains strong despite negative publicity coming from the press and establishment politicians. The former president recently won Gallup’s most admired man for 2020, and more than nine-in-10 Trump voters say they would vote for him again in 2024. A CNN poll shows at least three in four Republicans in the nation think the election was stolen — a main source of anger driving the Jan. 6 protests.

On his final day in office, Jan. 19, Trump’s approval rating ticked up three points to 51% in the Rassmussen Reports daily presidential tracking poll.

CORRECTION: State Sen. Joe Benning did not call on VTGOP Chair Deb Billado to resign, as was stated in the original publication of the article.

81 thoughts on “VTGOP to stay aligned with GOP voters, to the chagrin of establishment Republicans”