On Friday, the Vermont Department of Labor released data on the Vermont economy for the time period covering June 2020. According to household data, the seasonally-adjusted statewide unemployment rate for June was 9.4 percent. This reflects a decrease of three and four-tenths percentage points from the prior month’s revised estimate of 12.8 percent.

“Vermont’s June data mirrored national level changes with an increase in the number of jobs and a decline in the unemployment rate. This captures only some of the economic story here and across the country. Unemployment insurance claims continue to be elevated and are providing a more-timely picture of the economic hardship that many Vermonters are facing. Until these claim numbers come down, the Department will continue our expanded efforts to support claimants and jobseekers with employers looking to hire. If you are a Vermonter seeking work or are an employer who is hiring, please contact the Department to learn about our programs and our adaptive approaches to providing services with limited in person contact.” – Michael Harrington, Labor Commissioner

The preliminary ‘not-seasonally-adjusted’ jobs estimates for June show an increase of 14,300 jobs when compared to the revised May numbers. There was an increase of 900 jobs between the preliminary and the revised May estimates due to the inclusion of more data. The broader economic picture can be seen by focusing on the over-the-year changes in this data series. As detailed in the preliminary ‘not-seasonally-adjusted’ June data, Total Private industries have decreased by 38,900 jobs (-15.0 percent) and Government (including public education) employment has decreased by 2,800 jobs (-5.0 percent) in the past year. 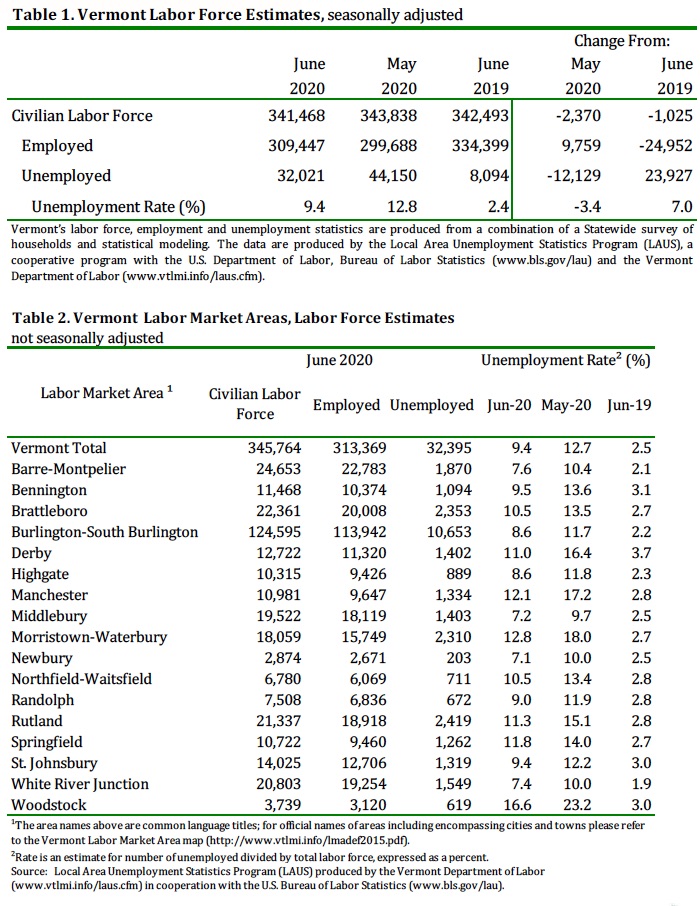 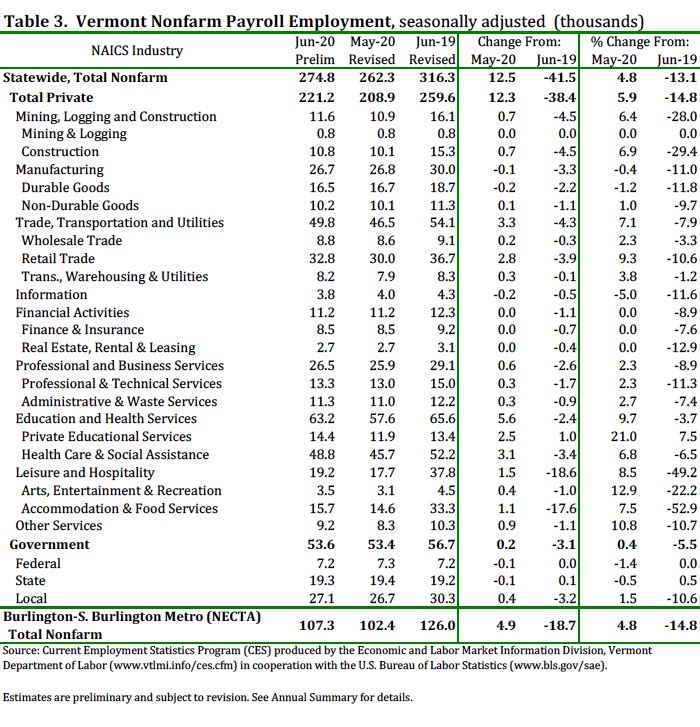 One thought on “Vermont’s unemployment rate decreases to 9.4 percent in June”