When you know better, you just do, and failing to use that power is an injustice. It is your job to tell everyone else what everything is, or means, what they should do, and how to do it. Even what to say and not. And the more Democrats there are in your government, the more it thinks this way.

Vermont, conveniently to both my geographic and ideological left, is increasingly that. A place where freedoms are eroded by the abrasive politics of social justice and the mendacious gods of equity and inclusion. 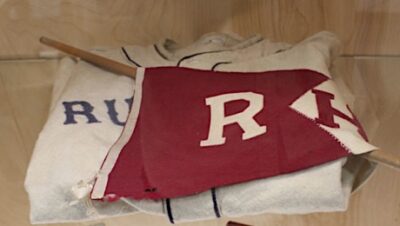 Rutland High School “Raiders” is just one of many school mascots left-wing politicians have tagged as “offensive.”

Vermont is the East Coast’s California. Its liberals have that particular something — the urge to control everything not just because they should but because they can.

S.139 directs the Vermont Department of Education to spend taxpayer dollars to tell taxpayers what is offensive. And like any proper despot, what is objectionable, obnoxious, obscene or culturally odoriferous will be at their discretion and perfumed with the scent of more intrusive government — even if that offends you.

Stringing words together that dare to question this is misinformation.

Vermont’s Ministry of Unoffensive Mascots (Slogans, Logos, or Team Names) is destined for a similar path. The false gods demand tribute, and its clerics will need something to do.

And if taxpayers find that offensive?

When you know better, you just do, and those who disagree or stand in the way of “progress” will find themselves on the wrong end of a swelling police-state mentality that can only end as an actual police state.

So, it’s not about mascots or team names at all. It is about the fundamental force behind the American Revolution. Leave us the hell alone; we’ll work it out ourselves. And opponents of the Ministry of Offensive Mascots make the same point. You are eroding local control. But they can’t stop, and they won’t. Failing to abuse power is an injustice. And they are destined to abuse it — deliberately or not — until only they have it.