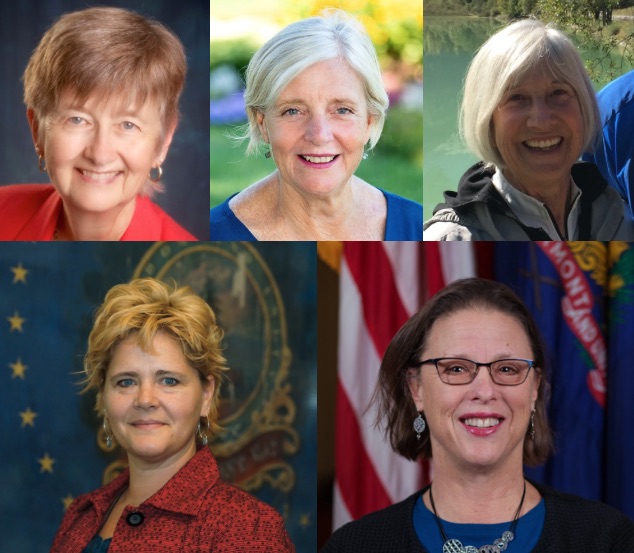 The departure of chairwomen in the Vermont House of Representatives continues with Ann Pugh, longtime chair of the Human Services Committee, announcing this week she will not seek re-election.

Pugh, a South Burlington Democrat, has served in the Legislature since 1993, many of those years as Human Services chair. She has shepherded the committee’s approval of bills legalizing prescription of lethal drugs at end of life and both legislation and the proposed Constitutional amendment providing unrestricted access to abortion.

“After 15 terms I am stepping down,” Pugh wrote in her May 5 column in The Other Paper, the community newspaper for South Burlington. “It has been an incredible honor for me to represent South Burlington as one of its state representatives. It has been one of the greatest privileges in my life to bring the voices of residents of South Burlington to Montpelier, to bring their interests and concerns into the legislative discussions. I am proud of the work that I’ve have done to strengthen the state’s social safety net, to protect children and families, to ensure reproductive liberty and to address both the COVID-19 and opioid crises.”

She also announced that Emily Krasnow is collecting petition signatures to run for her seat in the Legislature.

According to her legislative bio, Pugh is a native of Rye, New York. After college, she moved to Vermont, where she began her career as a social worker and, shortly after moving to the State, settled in her current home in South Burlington. She is a graduate of Rye Country Day School, received a BS from Union College, Schenectady, NY, and an MSW from Washington University, St. Louis, MO. Pugh also has a CAS in Administration and Planning that she earned at the University of Vermont.

She is a full-time faculty member in the Department of Social Work at UVM. Earlier in her career, she was employed by the Baird Center for Children and Families (now Howard Center), Trinity College, and the State of Vermont.

Other House chairs leaving the Legislature include: Sarah Copeland-Hanzas of Gov Ops, who is running for Secretary of State; Janet Ancel of Ways & Means; Carolyn Partridge of Agriculture and Forestry; and Kate Webb of Education. All are Democrats.