On Thursday the Vermont House of Representatives gave preliminary approval to a bill that would allow the the state to dictate mascots and other school branding over the wishes of local residents and school boards.

The House on Friday passed the bill on third reading, sending it on to the governor.

S.139, an act relating to nondiscriminatory school branding, would allow anyone to issue a complaint to a school board if he or she believes a mascot, logo or other branding is “discriminatory.” If the local school board disagrees, the individual can appeal the matter to the secretary of education to make a final ruling based on a “model policy,” which must be adopted by the Agency of Education by Aug. 1.

Despite discussing the possibility of postponing action on the bill until next year, members of the Education Committee approved S.139 by a 7-4 vote on April 28. The full House approved the legislation Thursday by a 96-47 vote on roll call. 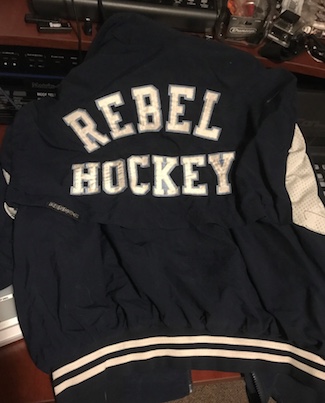 WHO DECIDES IT’S OFFENSIVE?: A bill moving through the Statehouse would allow the secretary of education, not local school boards, to ultimately determine which mascots, logos and other branding are considered politically acceptable.

The lengthy debate on the House floor saw lawmakers alternatively bashing and praising the measure.

Rep. Heidi Scheuermann, R-Stowe, said she was “offended” to once again see her colleagues wresting local control away from school boards and parents.

Rep. Elizabeth Burrows, D-West Windsor, she her eight years of experience on her local school board leads her to believe that the state must control such decisions.

“A school brand theoretically represents the character and aspirations of the school and all of its students,” she said. … “It doesn’t matter if you think the imagery is harmless; if it doesn’t send a positive message and lift students’ images of themselves as members of an inclusive educational community, better representation can be found.”

Some lawmakers expressed concerns that the bill allows any individual to file a complaint against a school, and that a final determination on appeal will be made by one person: the secretary of education.

Other lawmakers inquired if specific school mascots such as the “Vikings” or the “Eagles” were safe. State Rep. Jana Brown, D-Richmond, who presented the bill on Thursday, answered that S.139 doesn’t address any particular mascot, but that all complaints would ultimately be judged against a “model policy” to be adopted by the Agency of Education.

Recent battles over mascots have included fights over the South Burlington High School “Rebels,” the Rutland High School “Raiders,” the Randolph Union High School “Galloping Ghosts,” and the Danville “Indians,” among others. In Rutland, one school board canceled the name “Raiders,” only to have a board with different members reinstate the branding in January.

Rep. Anne Donahue, R-Northfield, spoke in favor of the bill, but with some hesitation.

“I spoke with one of our pages and I asked him if teams on the field or spectators cheering still use the old cheer, ‘Hit him again! Hit him again! Harder, harder!’ And his eyes got big and he said, ‘You used to say that?’ And then I thought about all the songs we used to sing,” she said, claiming many cheer songs were now inappropriate.

Donahue added that while school mascots are never adopted with the intention to offend, “I think we do need statewide guidance on a path forward because it’s difficult to sort out exactly how to define and outline guidance on mascots that do not offend others.”

She listed one major complaint about the bill, however: “I think it puts a great burden on the Agency of Education.”