Lawmakers on Wednesday spent more than an hour discussing a bill that would allow the state to dictate branding and mascots to individual school communities, and ultimately chose to punt the discussion until next year.

Before members of the House Committee on Education decided to postpone activity on S.139 until next legislative session, they discussed whether the policy should allow complaints only by “protected classes,” and if  Vermont’s Public Accommodations Act might have to be modified for such a law to be effective.

“I was just going to say, hearing the thought that we would also need to be looking at amending the VPAA even if that could be one sentence, it definitely gives me pause,” she said. “… That makes me nervous. We are looking at adjourning late next week and we would need to take a lot of testimony.” 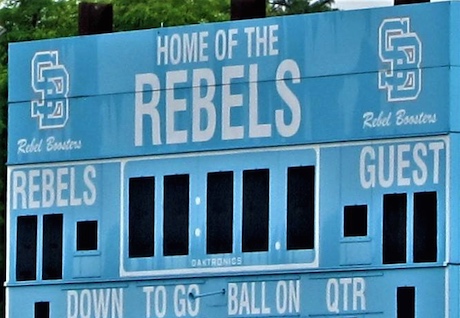 MASCOT DEBATE PUNTED: A bill to allow the state to tell communities which mascots are acceptable did not get out of committee on Wednesday, and may not be revisited until next year.

She added, however, that she thinks S.139 should be a “Day 1” priority for next session.

Another uncertainty about the bill was whether it would apply to independent schools that receive public tuition. Harrison Stark, staff attorney at the American Civil Liberties Union of Vermont, commented on this point.

“We’re essentially making predictions about how a court is going to rule on this,” he said, “because no court has said definitively that the Vermont Public Accommodations Act applies in full to an independent school receiving tuition.”

Bor Yang, executive director and counsel for the Vermont Human Rights Commission, spoke in support of the bill. She discussed some of the concerns, commonly expressed by those on the left, that gave rise to the measure in the first place.

“The use of native or other racist mascots or symbols in educational institutions perpetuates racial stereotypes, is cultural misappropriation, and can have a negative impact on the identity and psychological development of indigenous and BIPOC children. Studies have shown that it can result in low self-esteem, low community worth, increased negative feelings of stress and depression.”

Yang noted that there are current legal venues for dealing with discrimination and school branding, but she says that “the bar is too high” for students to see action taken on a complaint.

Yang repeatedly referred to the needs of the “protected class” in society.

“Any time a student who is a member of a protected class, race, national origin, gender identity, sexual orientation, experiences harassment at school, either from other students or staff, and that harassment is because of their membership to a protected class, they can always file that claim, and they can do that now,” she said.

She was asked if there had been any complaints to the Human Rights Commission concerning school mascots.

“No, not that I can recall,” Yang said. “I want to clarify that we have had informal complaints, but we have not opened an investigation because a mascot on its own would not be enough to meet the standard under the law.”

Rep. Sarah Austin, D-Colchester, spoke about the difficulty deciding which mascots are in violation or not of the bill.

“Anyone can be offended by anything,” she said. “And how do you determine if it meets the level of discrimination? The other argument that we’ve heard is it’s a local control issue; so when do you believe the state needs to determine that it’s not a local issue?”

Yang responded, “Our anti-discrimination laws have a list of protected classes of people — people who have been traditionally marginalized in our history and who have traditionally faced discrimination. Those classes of people people are people with disabilities, race, gender, sex, gender identities, sexual orientation, national origin. So it isn’t the case that anybody who is offended could get in the door. The harassment or hostile environment has to be because of those things.”

“So for example, if someone says ‘I feel that the mascot wrongfully displays or is fat-phobic, and it wrongfully portrays a bad image of people who are overwieght,’ well that’s not a protected class, and so that wouldn’t get in the door,” Yang added.

Rep. Terri Lynn Williams, R-Granby, offered her sentiment on the bill before they ended.

“I’ll just express what I’ve already expressed: I think this bill should continue to collect dust,” she said.