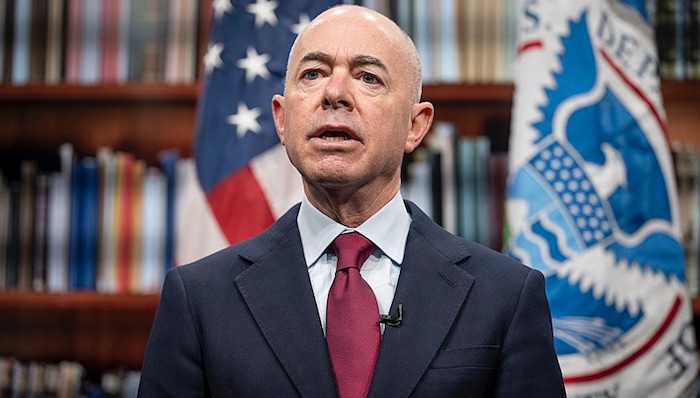 DHS Secretary Alejandro Mayorkas spoke about the “Disinformation Governance Board” while testifying before Congress this week.

Critics have raised the alarm after the Department of Homeland Security announced the creation of a new federal board that will monitor and combat speech it deems “disinformation.”

DHS Secretary Alejandro Mayorkas spoke about the “Disinformation Governance Board” while testifying before Congress this week. Mayorkas called disinformation a “threat” that needs to be addressed with federal law enforcement power. DHS has pointed to disinformation given to migrants as well as Russian disinformation.

“The goal is to bring the resources of (DHS) together to address this threat,” he said.

What or who constitutes a threat will be determined by the federal government, and critics say that is a big problem.

U.S. Sen. Marco Rubio, R-Fla., posted a video on Twitter saying the “Soviet-style censorship agency” is evidence “the marxist left are coming after your most basic constitutional rights.

If you didn’t believe these people on the marxist left are coming after your most basic constitutional rights, you better believe it now pic.twitter.com/AsB2Jn3aXj

Those concerns were heightened when news broke that Nina Jankowicz announced online that she would be “serving in the Biden Administration [DHS] and helping shape our counter-disinformation efforts.” Jankowicz worked as a global fellow at the Wilson Center where her research focused on disinformation.

Critics quickly pointed to Jankowicz’ remarks about the Hunter Biden laptop story and disinformation. The laptop story has become a focal point in the debate over censorship, particularly on social media, as evidence has increasingly verified many parts of that story that was labeled as misinformation and censored by mainstream and social media in the weeks before the 2020 presidential election.

Hunter Biden, the president’s son, has been under scrutiny for how he made large sums of money overseas and whether President Joe Biden had knowledge of the deals, was involved in them, or could be compromised in any way. The U.S. Department of Justice is currently investigating Hunter Biden.

“Back on the ‘laptop from hell,’ apparently – Biden notes 50 former natsec officials and 5 former CIA heads that believe the laptop is a Russian influence op,” she wrote on Twitter during the 2020 presidential campaign.

After taking criticism this week, Jankowicz defended her remarks.

“For those who believe this tweet is a key to all my views, it is simply a direct quote from both candidates during the final presidential debate,” she said. “If you look at my timeline, you will see I was livetweeting that evening.”

The DHS plan comes just days after billionaire Elon Musk has all but secured the purchase of Twitter. Musk has emphasized the need to restore free speech to the platform, calling it a modern “town square” for our democracy.