A strong economy, spurred by federal stimulus money and funds to fight the COVID-19 pandemic, is producing a surge in Vermont state tax receipts. Personal income taxes are up, meals and rooms taxes are up, and so are corporate taxes.

Now is the time to start planning for when revenues come back down to earth.

Much has been written about the billions of dollars of federal aid that has flowed to Vermont, and the other states, through the American Rescue Plan Act (ARPA), the Coronavirus Aid, Relief, and Economic Security (CARES) Act, and other bills to address the health and economic effects of the pandemic.

We have tracked $11 billion in federal funds that flowed to individuals, businesses, schools, state and local governments, and other entities since the spring of 2020. All of that money had a knock-on effect that increased state tax revenues: Vermonters’ incomes rose, corporate profits went up, and consumer spending took off. 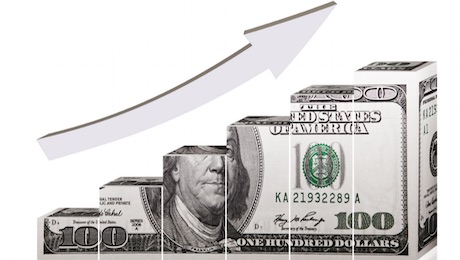 A strong economy, spurred by federal stimulus money and funds to fight the COVID-19 pandemic, is producing a surge in Vermont state tax receipts. Personal income taxes are up, meals and rooms taxes are up, and so are corporate taxes. Now is the time to start planning for when revenues come back down to earth.

Between the windfall of state tax revenue and all of the money from Washington, the Legislature and the administration have been able to play catch-up and also launch new initiatives. They put more money into pension and benefit funds for teachers and state employees to begin to make up for funding lapses in the past. The University of Vermont and the Vermont State Colleges, chronically unfunded, are finally seeing some additional money.

Some of the new investments should last for a while. If the hundreds of millions being spent to expand broadband actually fill in the coverage gaps, unlike previous federal investments, Vermont should finally have a robust, 21st century telecommunications system that serves the entire state.

But other initiatives and new investments are, in effect, only down payments. The need for drug-abuse treatment and mental health services, won’t end when the windfall runs out. A new report from the Legislature’s Joint Fiscal Office warns of the need for sustainable funding of Vermont’s Climate Action Plan. In the long run, addressing climate change is projected to save Vermonters billions of dollars. But long-term investments will be required to realize the long-term savings.

The pattern in Montpelier for at least a generation has been to let revenue forecasts determine the size of the state budget. The forecasts estimated how much revenue current tax rates would generate in any given year. So that was how much money policymakers had to address whatever problems confronted the state. And that is the pattern that produced under-funding of higher education, the state pension system, childcare, and other programs and services that the current windfall is being used to start to correct.

According to the latest forecast, revenues will fall for the next couple of years and then return to a more normal growth rate. Now is the time to determine what programs, services, and investments funded during the pandemic need to be continued. Then it will be the Legislature’s job to see that Vermont’s future revenue path is adequate to the need.

3 thoughts on “Vermont state revenue: What do we want for the new ‘normal’?”