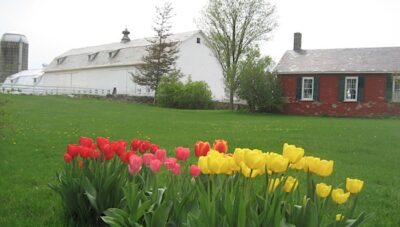 The grant funding totals $299,325, according to the release.

“Investing in the preservation of Vermont’s vibrant and rich history strengthens our communities and further enhances the success of our future,” Gov. Phil Scott said in the release. “Just as importantly, we are putting people to work restoring our past and creating new opportunities for the next generation of Vermonters.”

The grant funding, according to the release, will aid projects from Albany to Bennington, and includes a rare brick “cheese house” at the Consider Bardwell Farm in Pawlet. The funding will go toward efforts to complete parging and masonry repairs, and to fund multiple roof repair projects in Hardwick, South Burlington and Tinmouth.

According to the release, other projects include foundation, structural, and drainage projects at Brookacres Farm in Brattleboro and Bread and Puppet Theater’s main barn in Glover; foundation and flooring work at Bread and Butter Farm in Shelburne; and structural repairs to the main barn at the Hughes Barn Museum in Thetford.

“This competitive grant program has elevated the profile of agricultural-based preservation,” State Historic Preservation Officer Laura V. Trieschmann said in the release. “The recipients deserve recognition for their commitment to historic resources that not only recount Vermont’s agricultural heritage but strengthen the significance of our working landscapes.”

The state-funded program, which was established in 1992, provides matching grants to projects needing improvements and are tied to the state’s architectural and agricultural heritage.

Grant funds, according to the release, are administered by the Division for Historic Preservation. To qualify for funding, buildings must be at least a half-century old and listed, or qualify to be listed, in the National Register of Historic Places.