New Hampshire lawmakers have agreed to conduct regular audits of the state’s new educational freedom voucher program that is diverting taxpayer dollars for students to attend private schools and homeschooling.

A proposal, which passed the House and Senate last week with rare bipartisan support, directs legislative budget writers to conduct a performance audit of the state Department of Education’s “education freedom account” program, which redirects taxpayer funds for low- and moderate-income students who choose to leave public school. 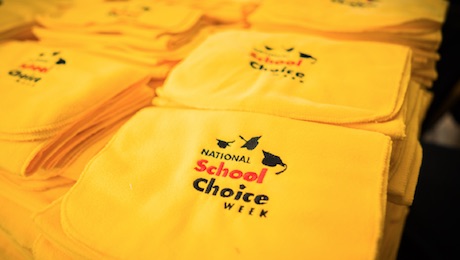 Democrats have filed bills to scale back funding for the expanded school voucher system and prevent local property taxes from being increased to pay for the new program. But the measures have been rejected by the Republican-controlled Legislature, which pushed through the law creating the freedom accounts last year as part of the biennial budget process.

Specifically, the audit would review the process by which applicants are accepted into the program, what the state money is spent on, and how public schools are reimbursed by the state.

Auditors would also be required to review the demographics of the students to use the program to determine if it is reaching minority populations.

Democratic lawmakers, who pushed for the audit, say the new law is rife with loopholes that could impact the state’s finances and lacks taxpayer oversight or accountability.

“Due to this program being so different, we have no idea how much this will cost from one year to the next,” said state Rep. Sallie Fellows, D-Holderness, the bill’s primary sponsor, during a hearing in April before the Education Committee. “We need as much information as possible to predict how much money we should put into the budget for this program.”

Democrats have filed other bills to scale back funding for the expanded school voucher system and prevent local property taxes from being increased to pay for the new program.

But the measures have been rejected by the Republican-controlled Legislature, which pushed through the law creating the freedom accounts last year as part of the biennial budget process.

Under the new law, public school dollars follow K-12 students if they decide to attend private or charter schools. Families apply for annual grants ranging from $4,000 to $8,000 per student.

According to the program’s eligibility limits, participants must be making under 300% of the federal poverty level.

The program is administered by the Children’s Scholarship Fund, a private, nonprofit organization that works under contract with the state.

During April’s hearing, Fellows cited concerns that the payouts of thousands of state dollars to parents “may encourage fraudulent claims.”

To date, about 1,600 students have been approved to participate in the program, at an estimated cost of $8.1 million, according to state education officials.

Supporters of the new law say it will provide more opportunities for students who don’t want to attend public schools, and ultimately save the state money.

New Hampshire is one of at least 10 states that have authorized the use of educational freedom accounts for private schooling, according to the Josiah Bartlett Center.

One thought on “New Hampshire to audit education freedom programs”