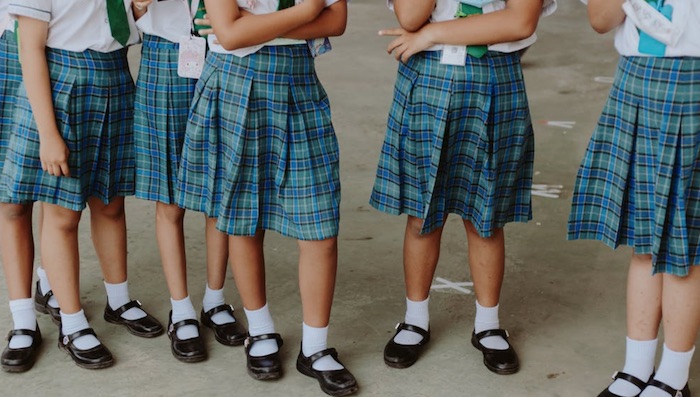 PUBLIC MONEY AND EDUCATION: The state’s leaders are grappling with how to interpret federal court decisions reasserting that public education funds must support students who choose a religious school.

The House Committee on Education on Wednesday heard from legal and education experts concerning the implications of recent U.S. Supreme Court decisions on public money going to religious schools.

At least one public policy leader suggested that the state might still be able to control where public tuition funds go by regulating other standards not related to religion.

The latest developments from court cases around the nation have Vermont’s education officials advising districts not to deny funds to school-choice communities where a student chooses to attend a religious school.

“In light of the U.S. Supreme Court’s decision in Carson v. Makin, we are writing to advise you of the following: School districts may not deny tuition payments to religious approved independent schools or religious independent schools that meet educational quality standards based on the Vermont Constitution’s Compelled Support Clause, Vermont Constitution Chapter I, Article 3, ” the letter said.

On Wednesday, Legislative Counsel Beth St. James spoke to the committee on what recent decisions at the U.S. Supreme Court mean for Vermont.

“So Congress can’t establish a religion, but it also can’t prohibit someone from practicing their religion,” St. James said.

She reviewed three U.S. Supreme Court cases: Trinity Lutheran Church of Columbia, Inc., v. Comer (2017); Espinoza v. Montana Department of Revenue (2020); and Carson v. Makin (2022). In all three cases, the Supreme Court determined that public education funds must not be denied to any person based on their preference to attend a religious institution.

St. James then summarized the principles behind the rulings.

“You just can’t deny a generally available public benefit either to a religious organization because it’s religious or because its funds could be used for a religious purpose,” she said. “… They are just making the benefit available and then private citizens are choosing to exercise their freedom of religion and use it in a religious school.”

In some cases, states argue there is a distinction between denying funds simply because a school is religious (status-based) and denying funds because the state feels that the money is specifically going toward promoting religion (use-based).

Falko Schilling, advocacy director for ACLU of Vermont, told committee members of other ways they could assert control over where public funds are sent.

He added that communities could “limit the use of public dollars to public schools.” He said another option”would be to move forward but also to examine the opportunity to put more stringent requirements to where those dollars are used, and what institutions, in a content-neutral and generally applicable way.”

St. James also reviewed what Vermont’s highest court has determined on tuitioning dollars to religious schools, including the state’s “Compelled Support Clause,” which forbids compelling someone to support a religion.

“What they said was when a school district reimburses tuition for religious schools, it’s violating the Vermont Constitution and the compelled support clause in the absence of adequate safeguards against the use of such funds for religious worship,” she said.

St. James noted the contrast between the state and federal interpretations of the law.

“And then you have a State Supreme Court saying the Vermont Constitution says that if state funds are going to be used in a religious school there have to be adequate safeguards to prevent the use of such funds for this worship,” she added.

The full committee meeting can be viewed on YouTube.