Newly released polling shows that America has undergone a major political shift in the past year amid economic challenges, the ongoing pandemic and a series of bills and mandates out of Washington, D.C.

Gallup released polling showing that during 2021, millions of Americans switched from an affiliation with the Democratic Party to the Republican Party. Gallup reports “a nine-percentage-point Democratic advantage in the first quarter to a rare five-point Republican edge in the fourth quarter. 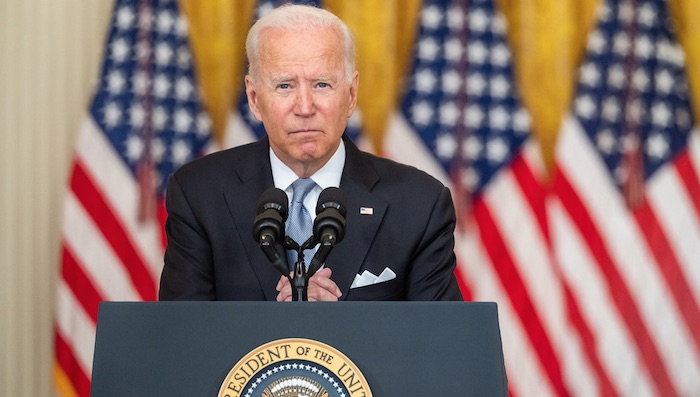 President Joe Biden’s ratings remain low as the U.S. battles rising inflation and yet another surge of COVID-19 infections, tied to the omicron variant of the virus.

“Both the nine-point Democratic advantage in the first quarter and the five-point Republican edge in the fourth quarter are among the largest Gallup has measured for each party in any quarter since it began regularly measuring party identification and leaning in 1991,” Gallup said.

Even after the shift, though, 46% of Americans still identify with the Democratic party, compared to 43% with the Republican party.

Gallup laid out how those numbers have changed over recent months.

“Democrat Joe Biden enjoyed relatively high ratings after taking office on Jan. 20, and his approval stayed high through the early summer as COVID-19 infections dramatically decreased after millions of Americans got vaccinated against the disease,” Gallup said. “A summer surge of infections tied to the delta variant of the coronavirus made it clear the pandemic was not over in the U.S., and Biden’s approval ratings began to sag. Later, the chaotic U.S. withdrawal from Afghanistan caused Biden’s ratings to fall further, into the low 40s.

“His ratings remain low as the U.S. battles rising inflation and yet another surge of COVID-19 infections, tied to the omicron variant of the virus,” Gallup added.

The poll also found 39% approve of Biden’s work on the pandemic, while 55% disapprove.

Even among Biden’s own party, he has lost a measure of support.