Three Vermont state lawmakers are leaving their tenures early, meaning they will not come back in January to finish out their terms. Local party committees along with the governor have begun choosing replacements to fill those seats.

Rep. Lynn Batchelor, a Republican from Derby Line in the Orleans-1 district, retired in October. She entered the Legislature in 2011 but recently moved to Florida where she has a “Medical Collections” business, The Newport Daily Express reported on Monday.

“Larry has demonstrated a commitment to public service and the people of Orleans County through his years serving on the Morgan select board, the State Board of Pharmacy and more,” Gov. Scott said in a statement. “He has expressed a commitment to environmental stewardship and making Vermont more affordable, and I’m confident he will serve the people of his district with care.”

Other representatives on the way out also include state Rep. Brian Savage, R-Swanton, who has been a House lawmaker for 13 years. He was on the House Transportation Committee, among other assignments, and a communicator with the opposition parties for his GOP colleagues. He announced Nov. 23 he is retiring from the Legislature. 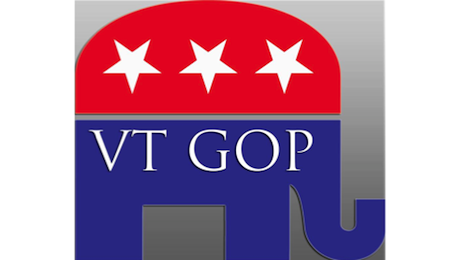 TWO NEW LAWMAKERS NEEDED: The GOP has two lawmakers in the House who will be retiring early.

The St. Albans Messenger noted that Savage will continue in public work as Swanton’s new town administrator. He told the paper he wants to change the community into a destination for visitors, and not be “so much a bedroom community” anymore.

State Rep. Mary Beth Redmond, D-Essex Junction, has represented Chittenden-8 since 2018, and is also retiring as of Dec. 9. She was on the House Committee of Human Services as well as the Joint Legislative Child Protection Oversight Committee.

She wrote a letter announcing her retirement to the Essex Reporter on Dec. 9.

“It has become clear during the past few weeks and months that my personal health and well-being must become my central priorities in the coming days,” she wrote. She clarified that her latest health issue is not cancer-related.

The local committee from the party of each departing lawmaker is recommending candidates to fill each position. The governor then selects from among the lists provided. There’s no set deadline for the process.

“I spoke to the folks up in Swanton a week or so ago and they were in the process of getting a couple of names, so I think the Republican committees have started that process,” he said. “The nice thing is we’ve got a couple of weeks here before the session starts.”

Dame added that even when a strong candidate is identified, it can be tricky to get him or her to commit.

“It’s a tough time of year to get people thinking about that,” he said. “It’s the holidays, plus everybody has got COVID in the back of their minds — so a lot of people have a lot of stuff on their plates. But I can say that since I’ve taken over as state party chair we’ve had a lot of people contacting the state party interested in running for office.”

He added that the party should have names to announce by early January.

Optimism among Republicans nationally is high because recent polls are showing that voters are strongly favoring the Republican Party over the Democrats in record numbers. This includes a 10 point advantage regarding the generic midterm ballot ahead of next year’s midterm elections, as reported by a CNBC All-America Economic survey.